One of these stocks continued to see fallout from recent executive moves.

Monday was a good day on Wall Street, as investors were pleased to see the U.S. take more conciliatory positions on trade issues with major foreign powers. Fears of a global recession are still present, but market participants acknowledge that if news out of Washington gets less confrontational, the odds of avoiding a slowdown should go up. However, some individual companies faced challenges that sent their share prices lower. Overstock.com (OSTK -1.04%), Zogenix (ZGNX), and Mogu (MOGU 0.47%) were among the worst performers. Here's why they did so poorly.

Shares of Overstock.com continued their downward trend from last week, falling another 16%. Last week's move was prompted largely by the departure of founder and CEO Patrick Byrne, who left his leadership roles at the company after making controversial statements about his involvement in various political investigations. This morning, interim CEO Jonathan Johnson gave his view on the company's future, which still appears to be focused on making a transition toward cryptocurrency. Investors don't seem as comfortable about abandoning Overstock's original e-commerce business, and that appears to have fueled the stock's decline today. 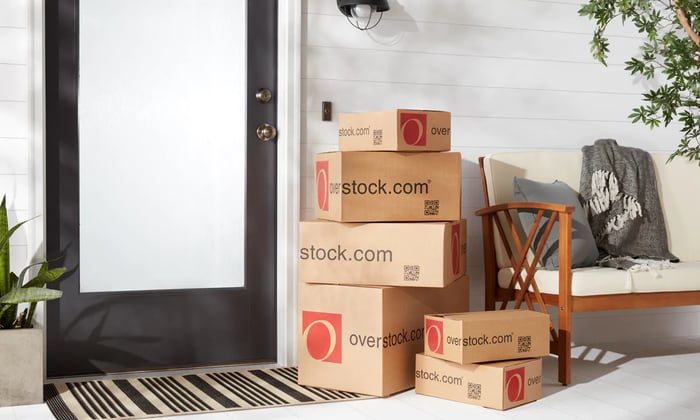 Drugmaker Zogenix saw its stock drop 16% after it announced an acquisition of a privately held industry peer. Zogenix said that it would pay $250 million to buy Modis Therapeutics, a biotech company that specializes in developing novel therapies for rare genetic diseases. Modis has a late-stage candidate treatment called MT1621 that's aimed at patients suffering from thymidine kinase 2 deficiency, and it's gotten FDA breakthrough therapy status. Yet not everyone thinks that Zogenix should have paid as much as it did for Modis, even though one of Zogenix's own treatment candidates has run into resistance from the U.S. Food and Drug Administration in recent months.

Finally, shares of Mogu plunged 21%. The Chinese online fashion company saw gross merchandise value rise just 2.6% year over year in its fiscal first quarter, and total revenue was down almost 3% over the same period. Mogu did manage to narrow its net losses from the prior-year quarter, but the online retailer is still seeing a significant amount of red ink. There's plenty of competition in online retail in China, and the company faces a big hurdle to gain market share in a crowded space. Mogu just went public at the end of 2018, but its stock has plunged from its IPO levels, and investors seem to be running out of patience.