With the CBD market expected to experience exponential growth, Aurora Cannabis’ latest acquisition is a major step in the right direction.

Despite being the most popular cannabis company in the world, particularly among millennials, Aurora Cannabis (ACB -1.64%) has yet to live up to its perceived potential, even given the nascent nature of the industry. There are many reasons for that, but perhaps the most important is Aurora's share dilution problem. While relying on dilutive forms of financing was a necessary evil for most pot companies in their early stages, Aurora did so at a dizzying pace, which is likely dragging down its stock price. Further, unlike many of it peers, Aurora has yet to land a big name partner. Such a partnership would allow the firm to have access to the cash it needs to fund its expensive growth projects. Despite these headwinds, Aurora is arguably one of the better investment options in the cannabis industry, and the company recently made an important move that improved its prospects. 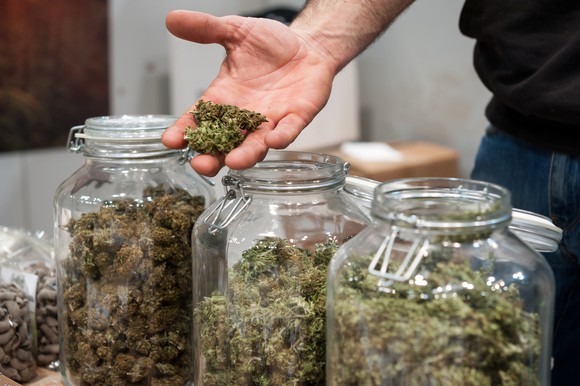 Aurora completes the acquisition of Hempco

Aurora's growth strategy has focused on two main aspects. First, the marijuana company has spent a small fortune on efforts to increase its peak production capacity. These efforts have been rewarded since Aurora is second to none in the industry in this category. Second, the pot firm has been busy making acquisitions, and one of them is of particular interest to our current discussion. Back in April, Aurora announced it had made a move to acquire the remaining shares of Hempco Food and Fiber Inc; the transaction was valued at $48 million. Hempco is a Vancouver-based cannabis company that focuses on hemp-based nutritional products. With solid footprints in Canada, and a vast distribution network abroad, Hempco is a leader in its market.

CBD extracted from hemp is well-known for its health benefits, and since it lacks the psychoactive component found in marijuana, it is much better received both among consumers and governmental authorities. The passage of the Farm Bill at the end of last year -- which made hemp derived products legal at the federal level -- is evidence enough of this. All these factors have made Hemp-based CBD one of the hottest segments in the cannabis industry. Many companies are already profiting from this market, most notably Colorado-based Charlotte's Web Holdings (CWBHF 1.27%), the current leader in the crowded US CBD market. With the acquisition of Hempco, Aurora will be well-positioned to improve its standing in this sector. The Edmonton-based firm will gain access to Hempco's 56,000 square foot facility, which can process up to 2.9 million kilograms of hemp per year. Aurora plans on using Hempco and several other subsidiaries it owns to create an even stronger presence in the CBD market. That isn't a bad strategy at all. After all, CBD-based products offer higher margins than those of the recreational segment.

Of course, whether Aurora benefits from this opportunity depends in part on the company's ability to properly execute its plans. However, this move is a reminder that Aurora is playing the long game. The marijuana firm has sacrificed short-term profits perhaps more than any of its competitors for the sake of building a strong foundation for the future. Only time will tell whether this strategy will pay off, but Aurora looks at least a bit more attractive given its acquisition of Hempco.