Chinese online fashion company MOGU (NYSE:MOGU) went public last December at $14 per share and hit $24 later that month. However, concerns about its slowing growth, competition from bigger e-commerce platforms, and the U.S.-China trade war eventually caused the bulls to flee, and the stock now trades at about $3.

Let's discuss why MOGU collapsed, and see if it can rebound from these all-time lows.

What happened to MOGU?

MOGU's main platform is a digital fashion portal that can be accessed on its website and app. It initially sold products via a Pinterest-style pinboard and display ads, but eventually expanded that platform with live video streams, which enabled merchants and influencers to directly sell their products to viewers. MOGU's core audience is comprised of female shoppers between the ages of 15 and 30. 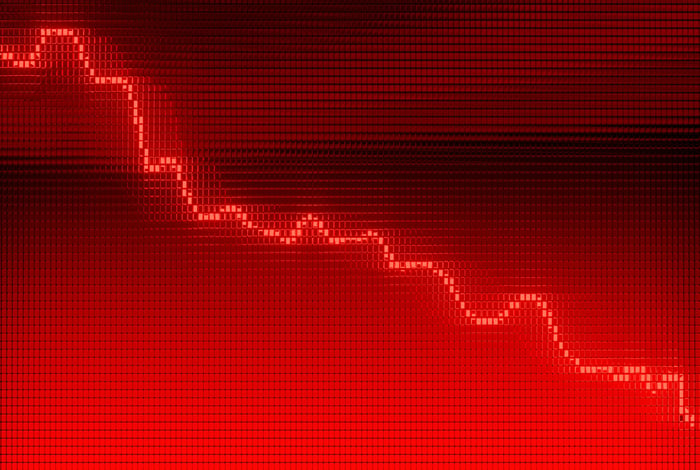 MOGU's two biggest backers are JD.com (NASDAQ:JD) and Tencent (OTC:TCEHY). It uses JD's third-party logistics platform to fulfill orders, and it sells about a third of its products through a Mini Program inside Tencent's WeChat, the most popular messaging platform in China.

MOGU generates its revenue from three core businesses: commissions on e-commerce sales, which generally range from 5% to 20%; marketing, which sells display ads across its platform; and "other" businesses, which include direct sales of beauty products and financing solutions.

All three of MOGU's businesses burned out during the first quarter. Yet its growth in commissions stayed positive, thanks to the ongoing growth of its live video business (which accounted for 32% of its total gross merchandise volume) and slightly higher commission rates.

However, Alibaba (NYSE:BABA) launched a stand-alone app for Taobao's similar live videos last September, and it integrates various shopping videos into its Tmall marketplace. Competition from those massive platforms could be hurting MOGU, which grew its active buyers by just 6% annually to 32.7 million during the quarter. Alibaba, by comparison, ended last quarter with 674 million annual active buyers across all its Chinese marketplaces. 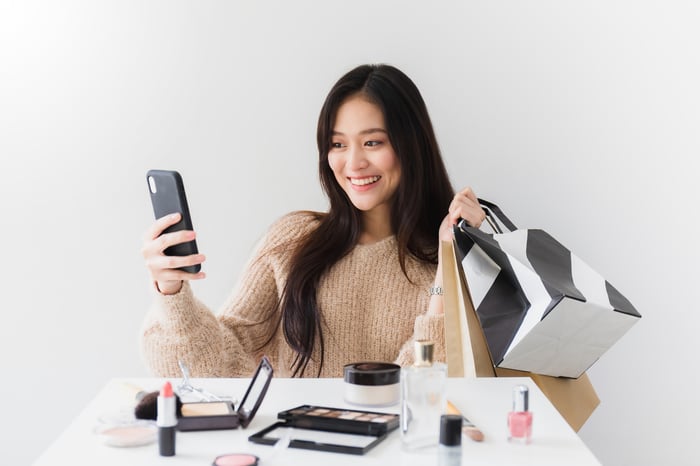 MOGU attributed its decline in "other" revenue to fewer services (likely financial solutions) provided to an unnamed investor and client, and it didn't say anything about its smaller direct sales unit. That constant lack of clarity regarding MOGU's "other" businesses is troubling -- it generates substantial revenue, but the sources seemingly shift every quarter without any clear explanations.

Slowing growth and a lack of profits

Those narrower losses are encouraging, but MOGU's total revenue also fell 3% to RMB 248.9 million ($36.3 million) during the quarter, and that growth could stay negative. If MOGU is unable to generate positive revenue growth again, it will need to aggressively cut costs to narrow its losses, which could cripple its ability to compete against 800-pound gorillas like Alibaba.

The bulls might cite Tencent and JD's investments as potential lifelines, but both companies also co-invested in other more promising e-commerce players like Vipshop, so it's doubtful that either company will plow more cash into MOGU's fading business.

MOGU also didn't provide any guidance for the second quarter or full year, which leaves investors completely in the dark regarding its ability to weather the economic slowdown and competition from bigger platforms.

Earlier this year, I called MOGU "an interesting speculative play that might attract more investors over the long term" -- but only if it attracted bigger investors with better sales growth and a path toward profitability.

Unfortunately, MOGU is failing to accomplish those goals, and it seems destined to disappear in the saturated market of lower-tier e-commerce and live video players. Investors should simply stick with e-commerce leaders like Alibaba and JD instead of this fading niche player.