A review of the planned merger between Raytheon (NYSE:RTN) and the aerospace business of United Technologies Corp. (NYSE:RTX) is proceeding smoothly, according to the Defense Department official responsible for procurement. The deal still has a number of hurdles to clear before it's completed, but the positive words are a significant step in the right direction for a transaction expected to face significant government scrutiny.

Ellen Lord, undersecretary for acquisition and sustainment at the Pentagon, said during a press briefing Aug. 26 of the Raytheon-UTC deal that "there are no major concerns that I know of right now."

Lord said the internal process to review the deal has been established, and the government is currently studying the information it has received in coordination with other agencies. The companies disclosed earlier this month that they received a request for additional information from the antitrust division of the U.S. Department of Justice, as part of its look at the deal.

Lord and the DOD do not have final say over whether a deal is approved. And given UTC's broad exposure to the commercial aerospace sector, the DOJ is likely to consider a lot of factors outside of the Pentagon's purview. Still, the positive comments from Lord, a political appointee, are significant.

During a June interview on CNBC, after the merger was announced, President Donald Trump sounded significantly more skeptical about the transaction, lamenting the amount of consolidation that has already occurred in defense. 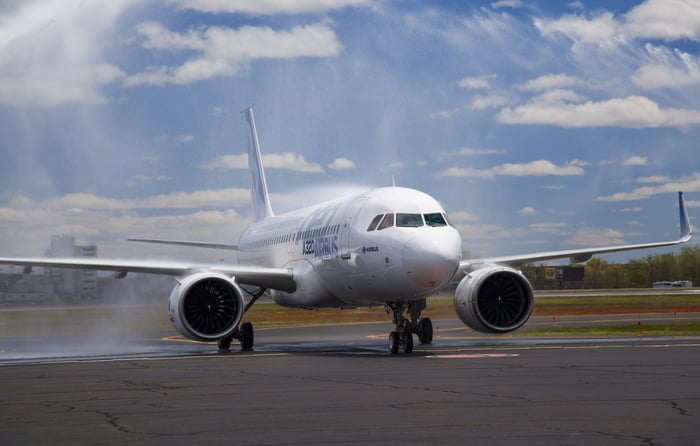 On the surface it would appear Raytheon and UTC have very little reason for concern: About 55% of total revenue would come from defense, and of that, less than 5% of combined sales are on projects on which both companies have had overlapping roles. But the Pentagon has used antitrust to send a signal to the defense sector before: In 1998, it blocked Lockheed Martin's attempt to acquire Northrop Grumman, bringing to a screeching halt a period of rapid post-Cold War consolidation.

And defense officials today have every reason to be wary about further consolidation. The government could be having second thoughts about a decision last year to allow Northrop Grumman to buy Orbital ATK, a deal that brought one of the nation's only makers of solid rocket motors under the roof of a prime contractor focused on space and missiles.

In late July Boeing said it intended to pull out of a $60 billion competition to replace the U.S. Air Force's intercontinental ballistic missile, leaving Northrop as the sole remaining bidder. In explaining its decision, Boeing said that the Air Force's selection process gave the Northrop-Orbital deal an unfair advantage.

Even if the Pentagon is on board, UTC and Raytheon still have a lot to do before the merger can be completed. As mentioned, the Department of Justice still must weigh in, and while the DOJ will be influenced by Defense, it will conduct its own comprehensive review.

United Technologies must also complete the planned separation of its HVAC and elevator units before combining with Raytheon. And although a shareholder revolt seems unlikely, there have been grumblings from both UTC and Raytheon shareholders about not receiving a premium in this all-stock deal.

The companies have argued that shareholders would be better served owning the combination, because it would have exposure to both the defense and commercial aerospace sectors. But the longer it takes for the process to play out, the more risk there is that shareholders could demand the transaction be reworked or even abandoned.

I'm of the opinion that the United Technologies-Raytheon deal is in the best interest of both sets of shareholders, and will, over time, lead to the creation of an aerospace powerhouse that should rank among the best defense stocks to own. I also believe that while some limited divestitures or carve-outs are possible, investors should be heartened by Lord's comments and reassured the deal will not be blocked by regulators.

That said, there's no reason to jump in right now. Shares of United Technologies have underperformed both Raytheon and the S&P 500 over the past five years, in part because of merger- and restructuring-related uncertainty. Given the number of moving pieces surrounding this deal, and the uncertainty a transaction of this size creates, it's quite possible shares of UTC and Raytheon will be stuck in neutral until 2020, when the deal nears completion. 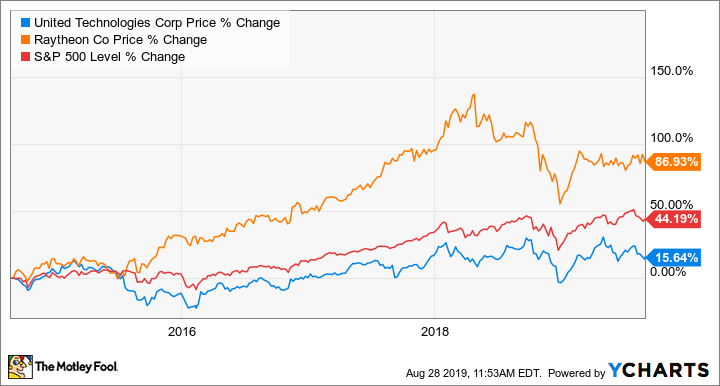 UTX and RTN data by YCharts.

The long-term outlook for the combination of Raytheon and UTC is bright, but it is going to take some time for the companies to make good on that promise. Lord's comments are a step in the right direction, but even with her assurances, there's no reason for new investors to buy in right now.