The start-up will need to change its reputation as a tool for pirates.

Plex may seem like an unlikely candidate to become a meaningful player in the escalating streaming wars. Historically, the niche company has been better known for offering personal media servers that have inadvertently become indispensable tools for digital content pirates, even though Plex denounces that usage of its software and services.

Meanwhile, dominant streaming platform Roku (ROKU -1.66%) hopes to become a key distributor in the streaming space. Needham analyst Laura Martin even likened Roku to an "arms dealer" thanks to its agnosticism. Roku wants to offer all any and all video-streaming subscriptions, taking a cut of sales in the process -- all while growing its ad-supported business.

Plex wants a piece of the action. 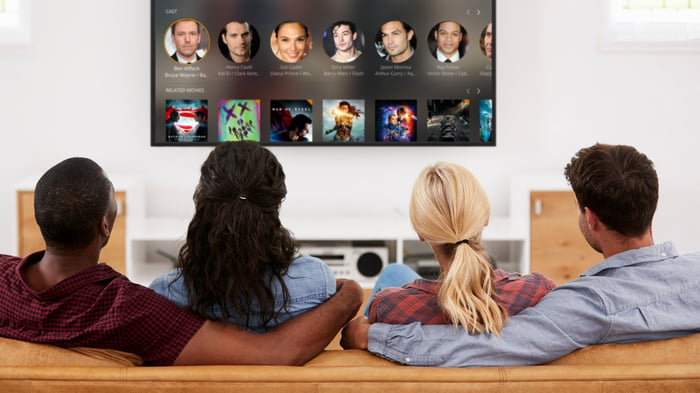 Taking a page out of Roku's playbook

Plex announced today that it has entered into a licensing agreement with AT&T's Warner Bros. that will let it stream a collection of films and TV shows for free and supported with ads. The titles will be available within a matter of months, although it's unclear how much content is included or what specific movies or shows will be available on the tech platform.

If that sounds similar to The Roku Channel, that's because it's the same idea. The Roku Channel, Roku's first-party channel that offers ad-supported content for free, is key to the company's future. Most of Roku's platform revenue comes from advertising, and The Roku Channel has been instrumental in driving ad sales over the past two years.

Next year, Plex plans on adding third-party premium subscriptions to its platform, according to Variety. Roku did likewise earlier this year and is still in the process of ramping up that business. Plex is also planning to add transactional video on demand, according to the report.

TechCrunch had previously reported on the rumored move into both ad-supported content and third-party premium subscriptions.

In other words, Plex is planning to become an agnostic platform that hopes to offer users everything from ad-supported content to premium subscriptions to a la carte purchases -- just like Roku.

Plex executives told Variety that the company has approximately 20 million registered users, without clarifying how many of those users may be active or paying customers. Plex's core media server app is free to use, but the company also offers a premium subscription called Plex Pass that has additional benefits like unlimited access through mobile apps.

That compares to the 30.5 million active accounts Roku finished the second quarter with. By definition, those accounts have streamed within the past 30 days of the quarter, and Roku does not disclose how many paying users it has. Roku has emerged as a promising play on the secular shift to over-the-top (OTT) video streaming. Plex faces an uphill battle if the start-up hopes to present a meaningful challenge.