Heico (NYSE:HEI) has slowly but surely been a great stock for long-term investors to own in the aerospace industry. The company doesn't make the planes we fly in, but it's a critical component manufacturer in commercial aerospace, defense, and space and has steadily expanded its business through small acquisitions over the years.

This week, the company reported fiscal third-quarter results, and they were about as good as we could expect. Here are the highlights. 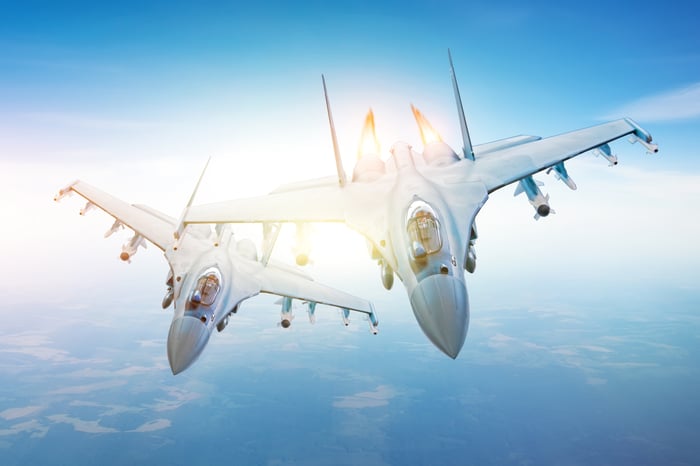 What happened with Heico this quarter?

The headline numbers are great, so let's dig into where the segment improvement took place for Heico.

Every metric is improving at Heico, and management sees no end to that growth anytime soon.

Heico's biggest tailwind has been coming from the industry's growth overall. Aerospace, defense, and space spending are all up and CEO Laurans Mendelson has indicated that he sees more growth ahead:

Business conditions and end markets we serve continue to be strong. While we haven't completed our budgeting forecast and process for next year, current business conditions at HEICO remain excellent. I mentioned in the last call that I had never seen business condition stronger and that has followed through in the third quarter and we are very optimistic for the future.

Unless the economy falters, 2020 is already looking like a good year for Heico.

Management sees 2019 shaping up even better than it previously expected. Guidance for flight support growth was increased from 10% to between 11% and 12% for the full year and operating margin guidance got a boost from 19.5% to 20%. Electronic technologies' growth guidance was raised from 15%-17% to 18%-19%.

Overall, growth is now expected to be 14%-15% for the fiscal year, with 23%-24% net income growth. Heico continues to perform well internally and is riding a wave of demand for the industry. That's driving rapidly improving results across the board, and that momentum appears unstoppable for now.