The company swung to a loss and suspended its dividend as part of a push to simplify its capital structure.

Shares of Golar LNG (GLNG 2.16%) fell more than 11% on Thursday afternoon after the liquefied natural gas transport company reported a second-quarter loss and announced a temporary suspension of its dividend in order to simplify its capital structure.

On Thursday morning, Golar reported a second-quarter operating loss of $23.44 million, down from an operating profit of $78 million in the same quarter of 2018, on total operating revenue of $96.7 million. The revenue figure was down $18 million from the first quarter and came in about $2 million shy of expectations. 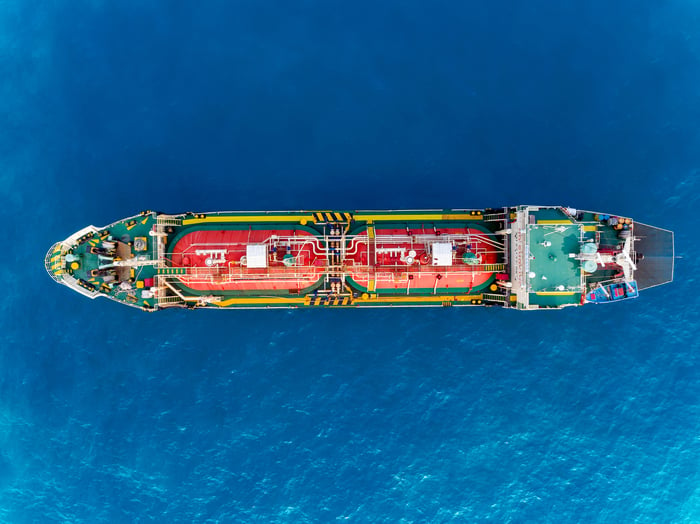 The company also said it intends to buy back three million shares to unwind a total return swap (TRS) that in recent quarters had been a drain on cash. Golar recorded a $14.7 million loss on derivative instruments, up from a $5.7 million loss in the first three months of the year, with most of the $9 million increase attributable to the swap. It also has $96.8 million of restricted cash on its balance sheet as collateral on the TRS.

To fund the repurchase of the TRS shares, Golar said it would suspend its dividend for two quarters. The suspension will save about $30 million, while the cash cost of eliminating the three million shares is about $31 million after collateral.

Golar is in the process of spinning off its fleet of diesel electric propulsion vessels into a new public company and expects to complete that move before year's end. Meanwhile, it is also investing in floating liquefied natural gas offshore projects, with several said to be under consideration for oil majors.

There is real value in these assets, with Golar expecting demand growth for LNG vessels to exceed supply in the second half of 2019 and into 2020. But investing in the energy sector can be choppy, and Golar will be challenged to find its footing during this period of transition. With the dividend gone, investors decided to abandon ship on Thursday.