Dell Technologies (NYSE:DELL) had a solid showing last week when it released its second-quarter numbers last Thursday. By Friday's close, the stock was up over 10%. An earnings beat helped give the tech stock some much-needed life, as Dell has been falling in recent months and was looking like it might be headed toward its 52-week low.

However, the momentum from the strong quarter signals a potential turnaround for the stock. Here are three key numbers from the company's most recent earnings that should have investors excited about the stock:

The most notable number in the company's latest earnings was its overall bottom line, which was a significant improvement from the loss that it incurred a year ago. While its net income of $4.5 billion looks amazing, it's also more than little misleading given it was largely due to an income tax benefit of $4.6 billion. 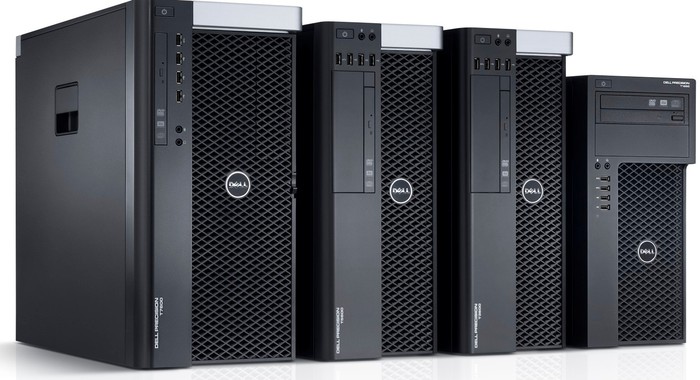 However, operating income can often be a telling indicator of a company's success since it comes before interest, other income and expenses, and taxes. At $519 million, Dell showed a lot of improvement from the $13 million operating loss it incurred in the prior-year period. It was also the third consecutive quarter of positive operating income.

Although operating expenses rose 11% year over year, the net effect on the income statement was an additional $671 million in costs. This was more than offset by the company's improved gross margin, now at $7.3 billion, which was $1.2 billion higher than it was a year ago.

2. Commercial sales in Dell's client solutions group segment were up 12%

Although Dell didn't see a big boost in revenue this quarter, one area that it showed a lot of growth in was the commercial part of its client solutions group (CSG) segment. Sales of $9.1 billion were up nearly $1 billion (a 12% jump) from the prior-year period. The company noted that notebooks, desktops, and workstations all saw double-digit growth. Although consumer sales were down 12% year over year, the commercial market is arguably more important since there's more potential for larger orders and more recurring revenue to be generated. A year ago, commercial sales were 73% of the CSG segment. This past quarter, that percentage rose to 77%.

3. Cash flow of $3.3 billion from operations was a new record for Dell

One of the most important indicators when it comes to a company's success is how much cash flow it is generating. In Q2, Dell generated $3.3 billion in cash flow from its day-to-day operating activities. Management said that cash flow came from increased profitability, a disciplined spending of working capital, and inventory reduction. It's also a great improvement -- up 25% year over year. Generating a lot of cash gives the company more flexibility in what it wants to do in the future. Whether it looks at possible acquisitions, new products to develop, or if it just wants to pay down debt, Dell has a lot of options given its strong cash flow.

Since its return to public trading late last year, Dell's stock has been on a bit of a roller coaster. During the first five months of the year, the stock was up around 40%. That was until the company reported a disappointing Q1 that fell short of investor expectations. And although it would go on to rally afterward, news that President Trump would impose a 10% tariff on as much as $300 billion in additional Chinese goods sent many stocks, including Dell's, back into yet another tailspin as worries mounted over what impact tariffs would have on U.S. companies that did business with China. Dell has even considered moving its manufacturing out of the country as tariffs have been a concern for the company.

Although the trade war with China presents uncertainty for the stock, the good news for investors is that Dell has bounced back from a disappointing quarter with a very good one in Q2. With lots of cash flow, it's in a good position to be flexible if it needs to change course amid trade issues and with sales growing in key areas and operating income looking strong, the company looks to be headed in the right direction. Investors have been bullish on the results as the share price has climbed since the Q2 numbers have come out, and this could be the start of yet another big rally for the stock.