Reinvesting your dividends is a great way to boost the long-term performance of your stock portfolio, but a history of regular payouts alone does not guarantee a money-making investment.

Investors must also look closely at the quality of each company's business and weigh the catalysts that could provide headwinds or tailwinds. For example, if a high dividend yield is the result of a sagging share price and a struggling operation, management could be forced to cut or eliminate the payout, resulting in an even greater risk of share-price declines.

To help reduce your risk of buying the wrong stocks for your income portfolio, we asked three Motley Fool contributors what dividend stocks they favor currently. Here's why they suggested McDonald's (NYSE:MCD), STAG Industrial (NYSE:STAG), and Disney (NYSE:DIS).

An income play for good and bad times

Todd Campbell (McDonald's): After years of delivering substantial returns, the stock market could be poised to take a breather. If so, income investors might want to focus on stocks like McDonald's, which tend to perform better than average during economic downturns. 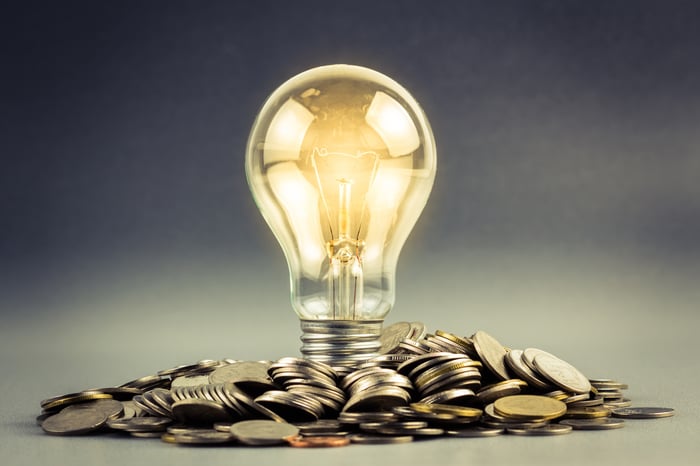 McDonald's top- and bottom-line growth rates aren't overly exciting, but consistent single-digit revenue and earnings growth does make it a steady-Eddie stock with little risk to its dividend payout. Promotions, including its "2 for $5" offer and buy-one-get-one deals, are helping drive foot traffic. As a result, same-store sales rose 6.5% year-over-year in the second quarter. Currency exchange and refranchising headwinds held revenue flat, but factoring out the impact of foreign currency movements, revenue was up 3% operationally. The company's adjusted operating margin was 43.2% and its adjusted earnings per share increased 7% to $2.05 (ex-currency exchange).

Historically, McDonald's has been somewhat insulated against economic slowdowns. For instance, during the period in 2018 when the S&P 500 lost nearly 37% of its value, its shares gained 8.5%. Though there's no guarantee shares will perform similarly the next time the market sells off, I think its value-oriented products and innovative pricing schemes make that possible. I'm also optimistic about the potential for revenue growth from newly launched delivery services, which are anticipated to contribute $4 billion to sales this year.

Overall, while a dividend that currently yields 2% may not be as alluring as other stocks' payouts, McDonald's history of dividend hikes, its manageable 58% payout ratio, and the defensive nature of its business makes it an attractive income stock to own right now. 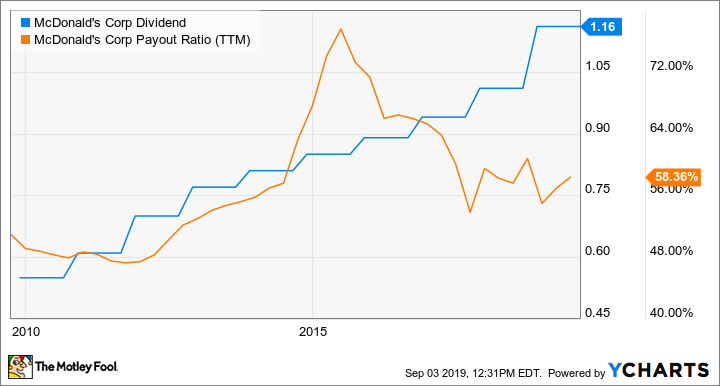 Tyler Crowe (STAG Industrial): STAG Industrial is a real estate investment trust (REIT) that has carved out a unique niche for itself. Typically, REITs like to work with properties that have multiple tenants because that model greatly reduces vacancy risk. The kind of properties that STAG owns -- industrial warehouses and distribution centers -- don't fit that mold. However, instead of fretting about any one property being vacant, STAG has acquired or developed a portfolio of 409 single-tenant industrial properties with more than 360 unique tenants.

The company almost exclusively plays in a sandbox where there is a lot of price discrepancy among properties. This allows management to sniff out undervalued facilities and acquire them at attractive rates. Management has also managed its rental agreements such that fewer than 15% of tenants' leases will be up for renewal in any given year between now and 2029. This careful portfolio management and a rather generous dividend -- that gets paid monthly -- have translated into fantastic returns for shareholders. 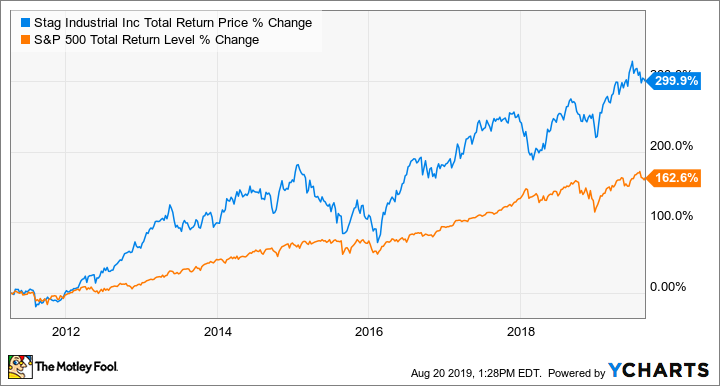 Perhaps one of the most compelling reasons to invest in STAG is that industrial warehouses and distribution centers have a major economic tailwind behind them: e-commerce. With digital sales expected to grow to 23% of total retail from 10% today, there is likely going to be greater and greater demand for the types of properties in which STAG specializes.

Overall, the investment thesis in STAG looks sound, and its current yield of 4.5% is rather enticing as well. If you are looking for a dividend stock to add to your long-term holdings, this REIT should be on your radar.

The king of media

Travis Hoium (Disney): There are a lot of changes going on in the media industry today, and few companies are as well prepared to adapt to them as Disney. It spent the last two decades acquiring content with the purchases of Marvel, Pixar, and Lucasfilm, and has upgraded its home-grown assets with films like Frozen and live-action offerings. But what investors should be most excited about long-term is its streaming business.

Disney+ will debut with a $6.99 per month subscription that brings most of the entertainment giant's catalog under one streaming roof. Legacy content like the Marvel movies, the Pixar library, and Disney Animation creations will be available, but so will new series like The Mandalorian and Monsters at Work. Netflix today has 151 million subscribers worldwide; if we assume Disney can equal that in three years (a stretch goal, but an achievable one given the price and global launch) it would add $12.7 billion of revenue to the company before accounting for any cannibalization of its existing businesses. 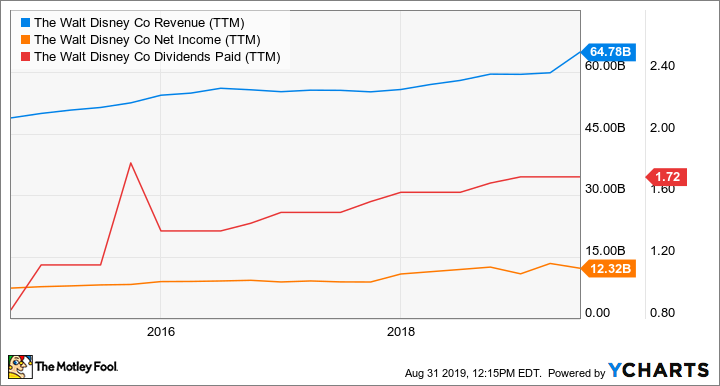 Long term, I think the number of subscribers could grow to much higher than 151 million, and the monthly price is likely to rise as well. Add in the company's broadcast and cable networks -- which still have many years of revenue to deliver before they're entirely replaced by streaming -- and its theme parks, and you have a business built to produce increasing cash flow for a long time. That will keep the dividend growing from its currently modest yield of 1.3%.