This morning, Cloudflare filed an updated S-1 Registration Statement with the SEC and set an expected price range for its upcoming IPO. The cloud and cybersecurity platform, which helps websites optimize performance and protect against cyberattacks, expects the offering to price at $10 to $12, which would peg its total market cap at $2.9 billion to $3.5 billion based on the 293.3 million shares that will be outstanding after the IPO. Cloudflare fetched a $3.1 billion valuation in its Series E funding round just six months ago, according to Crunchbase.

If the deal prices at the midpoint of $11 and underwriters exercise all of their options, Cloudflare expects to raise $411.2 million in proceeds from the offering. The company has also included other details in the amended filing. 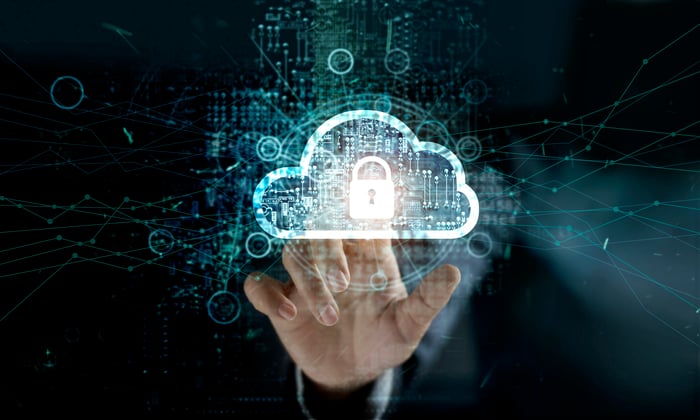 Public investors will get less than 4% voting power

One pertinent section that has been filled out in more detail relates to voting power. Like just about every tech company these days, Cloudflare will utilize a dual-class share structure in order for insiders to preserve outsize voting power. Sadly, this is the rule rather than the exception now.

Class B shares held by insiders get 10 votes per share, compared to the single vote per share that Class A shares receive. Collectively, Class B shareholders will wield approximately 96.3% of total voting power, according to the updated S-1. In the section detailing risk factors that Cloudflare will face, the company notes that certain index providers announced in July 2017 that newly public companies that have multiclass capital structures are ineligible for inclusion.

"These policies are still new and it is as of yet unclear what effect, if any, they will have on the valuations of publicly traded companies excluded from the indices, but it is possible that they may depress these valuations compared to those of other similar companies that are included," Cloudflare writes.

There is a thin silver lining, though. CEO Matthew Prince will have just 17% of total voting power after the offering. This isn't a scenario where the CEO singlehandedly exerts absolute control, so Cloudflare's management team will still need to come to a consensus regarding key strategic decisions. In fact, venture capitalists that sit on the board -- such as NEA's Scott Sandell and Pelion's Carl Ledbetter -- will each have more voting power than Prince (22.3% and 20.3%, respectively).

Cloudflare has generated nearly $235 million in revenue on a trailing-12-month (TTM) basis, which means that it would be valued at 14.9 times sales at the high end of the expected pricing range. That wouldn't be as expensive as other subscription-based businesses that have gone public recently, such as Slack, which currently trades at over 33 times sales. But it's not exactly cheap, either.