Weibo (NASDAQ:WB) this week launched Oasis, a new social media app that resembles a hybrid between Facebook's (NASDAQ:FB) Instagram and Pinterest (NYSE:PINS), to a limited group of test users. 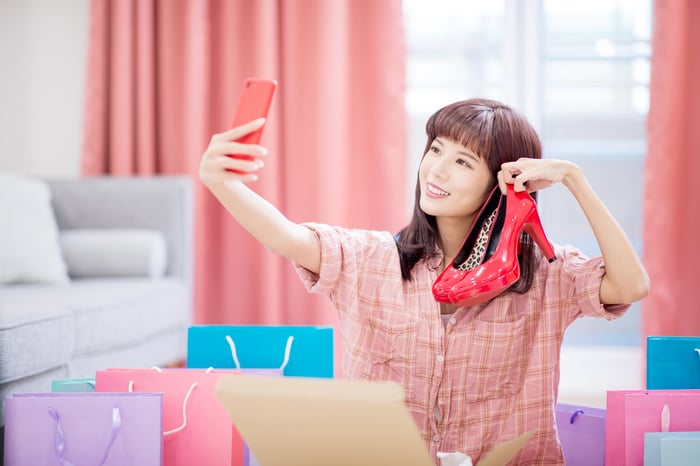 Weibo, which was spun off from Sina in 2014, grew its MAUs by 13% annually to 486 million last quarter. The platform continues to gain users because it's widely used by top celebrities and brands in China.

However, Weibo's revenue growth has slowed to a crawl over the past year, as its core advertising business (86% of its second-quarter revenue) hit a brick wall:

That's because many companies in China cut their advertising budgets as the economy slowed down. Competition from other platforms (like ByteDance's TikTok and Toutiao) and the escalating U.S.-China trade war exacerbated the pain.

Meanwhile, the rise of RED highlights the surging demand for social shopping experiences worldwide -- which is reflected in the growth of Pinduoduo, Alibaba's Taobao video streaming platform, and shoppable posts on Instagram and Pinterest. 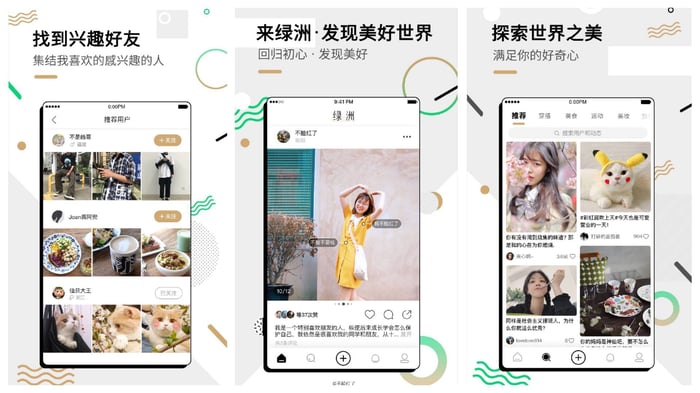 That's why it makes sense for Weibo to launch Oasis: to gain a foothold in the social shopping market and diversify its revenue away from online ads. Alibaba is already one of Weibo's top stakeholders, so the e-commerce giant could potentially integrate its marketplaces into Oasis.

Weibo can also integrate its core network's live-video streaming technologies -- which were bolstered by its acquisition of Yizhibo in late 2018 -- into Oasis to host live shopping videos. Weibo's live-video platform is already its second-largest revenue stream after ads, but it generates most of its revenue by letting users buy virtual gifts for their favorite broadcasters.

Many other live-video companies -- including YY and Momo -- use the same business model. Therefore, Oasis could differentiate Weibo's live-video platform and diversify its revenue away from virtual gifts.

The initial reviews for Oasis are positive, and there are plenty of ways for Weibo to monetize the platform. However, Weibo hasn't actually said anything about adding e-commerce features yet, so it likely wants to avoid RED's mistakes before diving in.

Oasis won't move the needle for Weibo anytime soon. But it shows that the company knows it's too exposed to the fickle advertising market, and it needs more exposure to China's higher-growth e-commerce and live-video markets.