Please ensure Javascript is enabled for purposes of website accessibility
Log In Help Join The Motley Fool
Free Article Join Over 1 Million Premium Members And Get More In-Depth Stock Guidance and Research
By Demitri Kalogeropoulos – Updated Sep 5, 2019 at 8:52AM

Investors are worried about the shrinking printer business.

HP (HPQ 2.90%) trailed the market last month by dropping 13% compared with a 2% decline in the S&P 500, according to S&P Global Market Intelligence. The decline pushed returns for the tech stock down to -10% so far for the year, versus a 17% increase in the broader market. 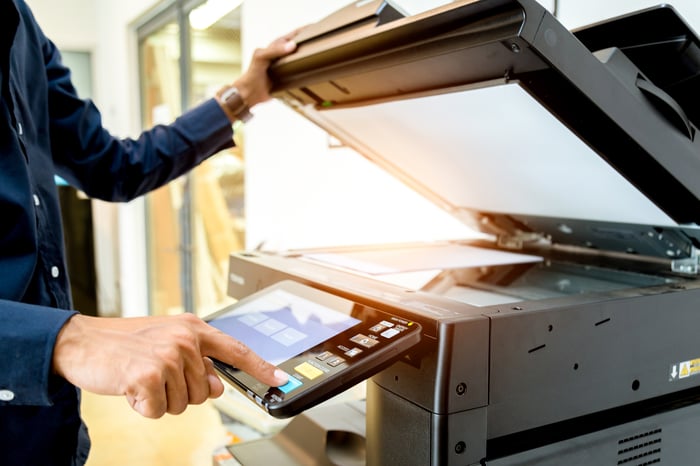 August's slump was driven by weak operating earnings. HP announced late in the month that sales were flat in the fiscal third quarter. The company managed higher revenue in a few of its selling categories, including notebook and desktop sales. But the printing business, which delivers some of its highest profit margins, shrank 5%.

CEO Dion Weisler and his team have a plan to get the printing segment back on track, especially in the struggling European geography. Yet the bigger issue is the spiking competition that's driving prices down for ink refills and printer hardware. Without an effective answer to those threats, HP risks losing market share -- and that would mean lower profit margins and weaker growth ahead.