Investors and analysts can always be counted on to debate what's next for the stock market, laying out views on macroeconomic trends, dissecting potential indicators of bull and bear cycles, and continuing to match wits and strategies on trading exchanges. Regardless of the twists and turns that might define the broader market in the short term, there are still appealing companies that trade at discounts relative to their potential and have what it takes to deliver over the long term.

For this look at hot stocks that are worth adding to your portfolio, I've profiled two high-growth tech companies that look poised to keep expanding and a telecommunications leader that trades at safe multiples and packs a big dividend. Read on to see why Elastic NV (NYSE:ESTC), Square (NYSE:SQ), and AT&T (NYSE:T) are worth buying this month. 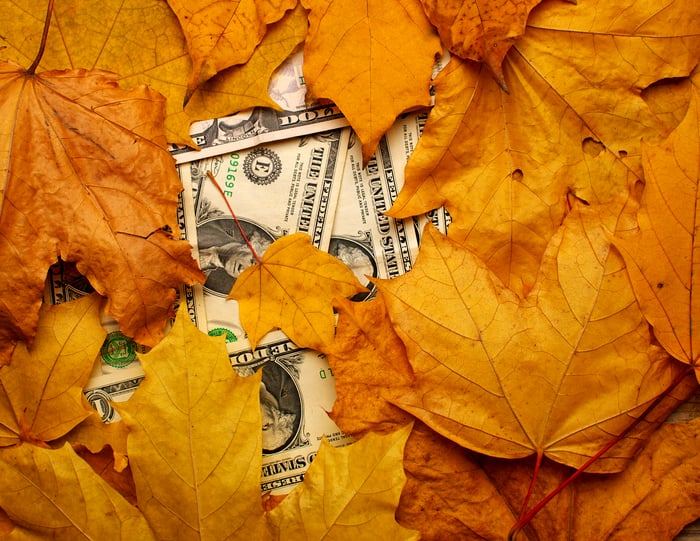 For growth-focused investors willing to weather volatility in pursuit of big gains, Elastic stock looks like a worthwhile play that could have a big payoff. The company's name might not ring an immediate bell, but there's a good chance you've already used apps that rely on its cloud database search-engine services.

The company's Elasticsearch is an open-source leader in the enterprise search-engine space and can be used to pull information from on-premise and cloud databases. The world is going through a data boom that will likely continue to accelerate, and the company's highly customizable search engine helps users pick out meaningful pieces. Other apps in its Elastic Stack suite then carry out functions like analytics, security, and data visualization, and enterprise customers can pay for more advanced features and services. Uber uses its services to help connect drivers and riders in nearby locations, and Match Group's Tinder app uses the Elastic Stack in order to assess the potential romantic compatibility between users. Other big enterprise customers include Cisco, Netflix, Adobe, and Dell.

Elastic stock had its initial public offering (IPO) last October and skyrocketed out of the gate, nearly doubling from its market-debut price of $36 per share by the time its first day on the market had drawn to a close. Shares have climbed an additional 25% from there and now trade in the $88 range, but the stock still trades down roughly 15% from the high of roughly $104 per share it hit in July.

Like many other mid-cap companies in the cloud software-as-a-service (SaaS) space, Elastic is likely years away from posting substantial profits. The company trades at a large price-to-sales multiple, with the business valued at roughly 15 times this year's expected revenue. On the other hand, Elastic is delivering impressive sales growth and has plenty of opportunities to continue expanding its business. The company's sales rose 58% last quarter (or 62% on a constant currency basis). Elastic ended its recently reported first quarter with 8,800 customers, an increase of roughly 60% from the 5,500 customers it listed prior to its IPO and up roughly 9% sequentially.

With a market capitalization of roughly $6.74 billion and a large and growing addressable market to tap into, Elastic still has a long runway for growth as it adds new customers and bridges existing customers to expanded service offerings.

After gaining more than 300% from the beginning of 2017 to the end of 2018, Square has posted modest growth in 2019. The stock has gained roughly 12.2% on the year, a little ahead of the S&P 500 index's advance of 11%. The payment processing and point-of-sales company's valuation retreated after the second-quarter report it delivered in August arrived with guidance that fell short of the market's expectations, but its long-term growth prospects continue to look appealing.

Square stock trades down roughly 36% from its lifetime highs, and while the company is valued at a lofty 80 times this year's expected earnings and 11.5 times expected sales, the pullback presents a worthwhile entry point for long-term investors. Highly growth-dependent tech stocks can easily take a spill when their sales-and-earnings outlook comes in more conservative than the market's targets, and the pressure to outperform is even higher as investors mull the possibility of weakening macroeconomic conditions in major economies and the effects of tumultuous trade disputes between the U.S. and China.

That said, Square's guidance was actually pretty good -- and hardly the cause for worry implied by sell-offs over the last month. The company expects to post sales between $590 million and $600 million for the quarter, with the midpoint of that guidance range representing growth of 38% year over year. The average analyst estimate was targeting sales of $599 million. Meanwhile, the company projects non-GAAP (adjusted) earnings per share for the quarter to come in between $0.18 and $0.20 -- good for year-over-year growth of roughly 70% at the midpoint but missing the average analyst estimate's call for adjusted per-share earnings of $0.22.

The company's guidance fell just a bit short of the market's target on the sales side. And while the earnings target miss was more substantial, it's not exactly a dramatic shortfall and may simply be down to increased technology and marketing spending to reach new customers during the holiday sales period. Square has established itself as a leading player in North America's payment processing market, and its Cash digital payment app is growing rapidly and has room to run. While the company's most recent earnings report brought sell-offs, there doesn't appear to have been meaningful change in the business's long-term outlook, and investors seeking fintech exposure have an opportunity to take advantage of the overreaction.

AT&T is enjoying a rare market-beating year, climbing 25.6% in 2019 so far and handily outperforming the S&P 500 index. Add in the fact that the telecom giant's dividend yield (which currently comes in at roughly 6%) compares quite favorably to the S&P 500 index average yield of 1.9%, and investors who bought the stock at the beginning of the year (or during the broader market sell-off that took place at the tail end of 2018) can feel pretty good about the telecom giant's performance.

It might still sound a bit strange to hear AT&T referred to as a hot stock. For reference, the company's shares have lagged the broader market across the last 3-year, 5-year, and 10-year periods. Increased competition in mobile wireless and declining subscribers for its DirecTV satellite television business have led to weak sales and earnings growth, and last year's big Time Warner acquisition added to existing concerns about the company's debt load. However, with AT&T stock offering a great dividend package and investors looking for relatively sturdy, defensive stocks in light of concerns about market volatility, shares have rallied as confidence has increased in growth initiatives that could help balance weaker parts of the business.

Even with this frequent market lagger posting impressive gains on the year, AT&T stock still looks pretty cheap, trading at roughly 10 times this year's expected earnings. It's true that earnings growth will likely continue to proceed at a slow clip over the next couple of years. However, the rollout of the company's 5G network technology, its new strength in media content, and synergy between those two growth catalysts in areas like digital advertising have the potential to come together and lead to performance that's significantly better than the outlook implied by the company's current valuation.