Shares of Ubiquiti (NYSE:UI) -- formerly known as Ubiquiti Networks -- fell 14.2% in the month of August, according to data from S&P Global Market Intelligence. The chief culprit was the networking hardware maker's recent fourth-quarter 2019 earnings report, which, while beating analyst expectations for EPS, missed on revenue. That apparently wasn't enough for investors.

The earnings report also coincided with an increase in tensions between the U.S. and China, which dinged most technology stocks, especially hardware makers like Ubiquiti. 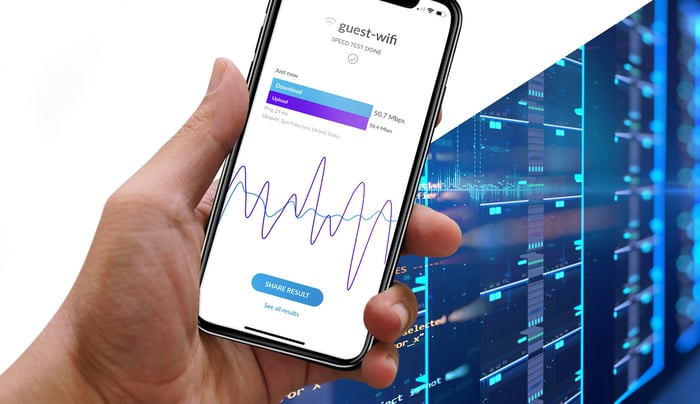 During the fourth quarter, revenue grew just 6.3%, yet non-GAAP (adjusted) EPS rose a much better 17.8%, due to a combination of margin expansion and lots of share repurchases over the past year. The company's two main segments -- service provider and enterprise hardware -- moved in opposite directions, with the more-mature service provider segment declining 4.7%, while the larger enterprise equipment segment surged 13.4%.

These results may have been somewhat disappointing compared with the previous couple of quarters, as Ubiquiti posted 22.5% and 13.8% revenue growth in the second and third quarters, respectively.

However, it should be noted that Ubiquiti's revenue is largely "sell in" revenue to distributors worldwide, so any particular quarter may see ebbs and flows in growth that don't reflect true end demand. A better indicator may be the company's full-year results. Over the past 12 months, Ubiquiti grew revenue 14.2%, even during a year filled with trade tensions.

In the meantime, the company continued to gobble up its shares, buying back over 1.1 million in the quarter, or about 1.5% of shares outstanding. What's interesting is that the average share price of the repurchases was $127.52, significantly higher than today's price. CEO Robert Pera, who owns about 80% of the stock, has historically been pretty disciplined with repurchase activity, so to see the company spending a significant amount on repurchases at that price is interesting. The company also increased its quarterly dividend by 20%, from $0.25 to $0.30.

While last quarter came in a bit light, a few other interesting things happened. The company decided to change its name from Ubiquiti Networks to Ubiquiti, and to switch its stock from the Nasdaq to the New York Stock Exchange. The company also stopped holding quarterly conference calls with investors late last year.

These actions, combined with the aggressive share repurchases and dividend raise, suggest new products or services may be afoot. Therefore, interested investors should stay tuned for new press releases, as the company continues to not hold quarterly calls.

Why Shares of Ubiquiti Fell 14.2% in August @themotleyfool #stocks $UI Next Article
Current