Video-communications software provider Zoom Video Communications (NASDAQ:ZM) reported its second-quarter results after the market closed on Sept. 5. Revenue nearly doubled and earnings rocketed higher as the company continued to add new customers at a blistering pace. Zoom's guidance calls for more growth ahead, although the lofty stock price remains a risk for investors.

What happened with Zoom this quarter? 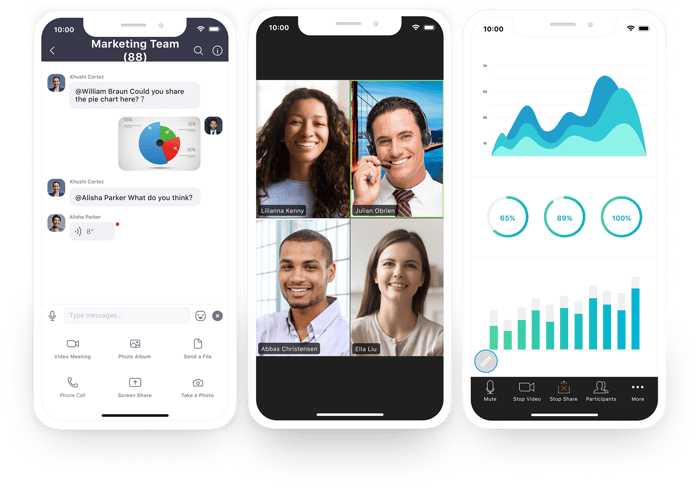 I am proud to welcome HSBC to the Zoom family. HSBC is one of the largest financial services organizations in the world with over 3,900 offices in 67 countries. HSBC will standardize on Zoom platform by deploying to 290,000 hosts and to 5,500 conference rooms.

CFO Kelly Steckelberg talked about the success of the recently launched Zoom Phone: "Yeah, it's doing well, we've seen traction in Zoom Phone across all segments of the business, which we think is really exciting. And approximately 50% of Zoom Phone is coming from customers with AR greater than 100K or more."

Zoom also provided the following guidance for the full year:

Zoom's year-over-year growth rate will likely slow as the company gets bigger, but it's clear that demand for its products is strong. And Zoom is already turning a profit on a GAAP basis, which can't be said for many fast-growing software-as-a-service companies.

But the stock is exceptionally expensive, trading for a whopping 40 times revenue guidance and hundreds of times adjusted earnings. Even if the company keeps delivering, the stock isn't guaranteed to do the same.