It's the revolving door of subscription businesses, and the bane of fast-growing stocks like Netflix and declining giants like Comcast alike. When you need to constantly add new customers just to replace older customers suspending or canceling their accounts, it makes it tough to grow your business' absolute "net" number of subscribers, impeding growth -- and scaring off investors.

That's why, when Walt Disney (NYSE:DIS) announced last month that its new Disney+ streaming service will launch on Nov. 12, it make a bold move to eliminate churn from the get-go. 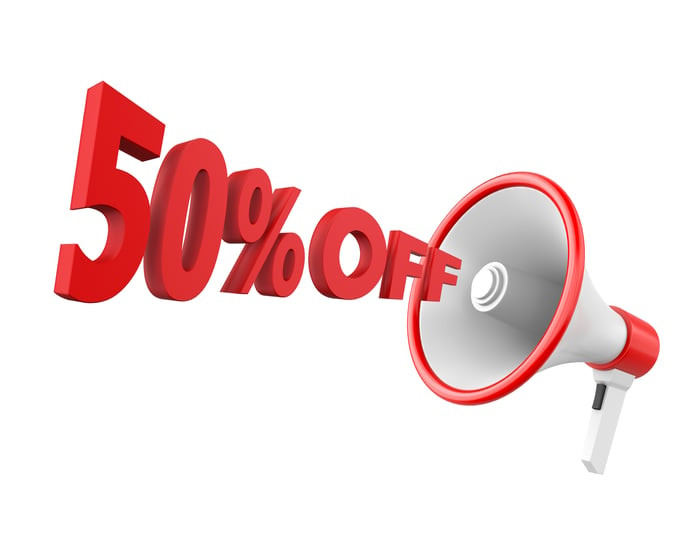 Revealing its service launch date at the D23 fan event in late August, Disney made streaming viewers an offer difficult to refuse: For those willing to commit to Disney+ for three straight years -- and give up the option of signing up, canceling, and resubscribing as the whim hit them -- Disney would offer a compelling steal of a deal.

Instead of paying $7 a month for Disney service, or signing up for one year for $70 -- already a 17% discount -- folks who really love Disney could buy a three-year subscription right now, and subtract another 33% from the cost.

Round 'em up and lock 'em in

Disney is hoping to attract at least 60 million subscribers to its service within the first five years. That's already a pretty bold target. It took Netflix eight years to reach the 60 million mark, and according to The Wall Street Journal, the three-year promotion on Disney+ service "won't make much of a dent" in that target, seeing as it was limited "to the 7,000 attendees of the [D23] conference ."

But here's the thing: It wasn't offered just to those 7,000 select souls. Instead, within hours of being announced at D23, news of Disney's promotion spread across the Web, with instructions posted on multiple sites describing how to join the D23 fan club to qualify for the promotion.

While Disney hasn't yet made any announcement as to how many people signed up before the three-year offer expired on Sept. 2, word has it that demand for the offer was so overwhelming that it crashed Disney's servers. Wherever the final number ended up, I'd bet good money it was a whole lot more than just "7,000."

And not just for Disney+.

Within a day of announcing its blockbuster three-year subscription offer for Disney+, Disney announced a second offer -- this time for Hulu, which Disney also owns. A bit less generous than the Disney+ offer, this second deal gave customers the ability to lock themselves into a six-month subscription for Hulu streaming at $3 per month -- half the usual rate.

That same day, perhaps panicked at the prospect of losing business to the twin titans of Disney-dom, CBS All-Access announced a deal of its own in response -- a one-month free trial. Ho-hum.

Suffice it to say that, while I suspect plenty of folks thanked CBS kindly for its offer, and probably even took them up on it, free trials of subscription streaming services are kind of old hat at this point, and unlikely to do much to solve the customer churn problem. To the contrary, the plethora of free trial offers out there actually encourages customers to churn from one service to the next, to the next, and back to where they began, switching channels every month.

In contrast, Disney is making a bold move to lock customers in for the long term (on Disney+) and the medium term as well (on Hulu). And while both these offers are now off the table, having expired earlier this month, I suspect that over the next several months, Disney's data crunchers will be intently examining whether the cost of giving out big discounts pays off in the form of reduced subscriber churn. Should the numbers prove promising, I wouldn't be surprised to see further offers of long-dated subscription contracts emerge.

For that matter, I suspect Netflix, CBS, and other competing streaming services will be looking to see how these deals affect their own subscriber counts as well. If it turns out that Disney has discovered the cure to customer churn, its rivals will either have to follow suit or suffer the ignominy of seeing their customers change the channel to Disney en masse.