It pays to take a long-term approach to investing. It becomes easier to ignore the small things. Short-term events hold a lot less meaning, and you can simplify the way you invest. At the same time, the long-term buy-and-hold approach requires patience. You don't necessarily want to own a stock for a decade and then turn out to be wrong. These are a few names I like.

I can't preach enough about banks. Love them or hate them, they're a necessity in our society. Demand for credit will always exist, and therefore, customers of financial institutions will always be there. Regardless of the next big industry, or trend, businesses will always be looking for capital.

Keep it simple. My banking pick is definitely JPMorgan Chase & Co. (NYSE:JPM). Massive institutions like this tend to only increase their foothold within the economy, as they have the scale and leverage that smaller banks don't. With over $2.7 trillion in assets on the books at the end of the last quarter, JPMorgan can produce billions in interest income, while still being able to lend conservatively. From credit cards, to the wealth management side of things, JPMorgan is simply firing on all cylinders. With its scale, I view it as an essential piece of any long term portfolio. On an annual basis, the bank continues to put up strong gains to its revenue streams, as well as its earnings.

Yes, you should have some exposure to marijuana

The advent of recreational cannabis markets cannot be ignored. This is a burgeoning industry that is not going to go away. To that end, it would behoove a wise investor to have a long term stake. Overall, I still prefer the predominant names that have garnered the media attention. Despite this year's drama over management shifts, I like Aphria Inc (NYSE:APHA). The Canadian producer has invested heavily in its production capacity; and has established relationships with European countries that should provide other avenues of supply. 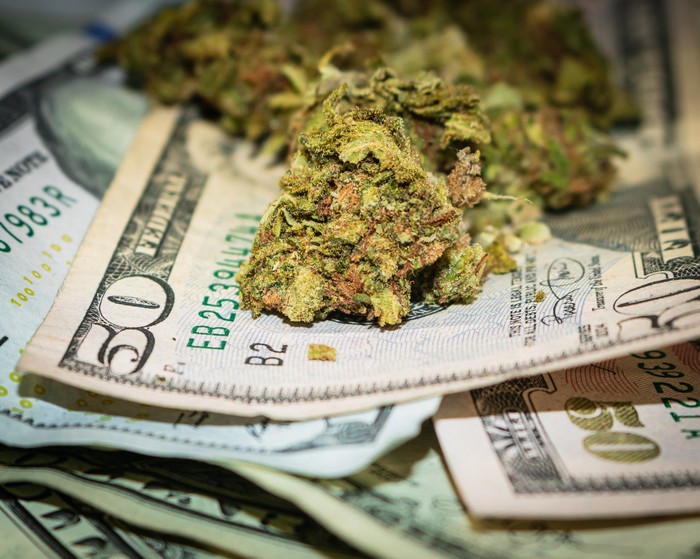 While there is still an obvious disconnect between the valuation and Aphria's actual earnings, Aphria made a statement in the most recent quarter when it reported a return to profitability. To me, the stock has the most potential in the industry if they can manage to avoid any more drama related to management controversy. It's clear that the company can succeed.

It's only going to grow. Ironically, Netflix (NASDAQ:NFLX) is not my long term pick. I've been a long time critic of Netflix, as their poor free cash flow basically proves that they cannot maintain their current business model over the long term. The company needs scale, and as competitors grow, I think this weakness will become even more prevalent. My pick for the streaming world is Disney (NYSE:DIS). With its control of Hulu, as well as the upcoming Disney+, I think Disney is going to become the preeminent name when it comes to content streaming. The latest Avengers film is continued proof that Disney knows how to entertain at a profit. Long term, I think this is the key name to own if you want to invest in streaming.

Green energy is good, but be particular

Don't be a hero and pay a massive premium for something like Tesla (NASDAQ:TSLA). That sort of jump into "green" consumer goods has an unclear future. Instead, favor energy producers that have a demonstrated ability to build a business. Look for the kinds of names that ExxonMobil (NYSE:XOM) might consider acquiring over the next 20 years. I like Terraform Power (NASDAQ:TERP) thanks to their large revenue growth, and healthy balance sheet.

Make no mistake, this investment in solar and wind power is not a sure thing. Seemingly closing in on $1 billion in sales this year, Terraform has down wonders in growing the business. While managing to show positive net income in fiscal 2018, the money did not stem from actual profits, as pre-tax income was a loss of $165.62 million. Indeed, Terraform is entirely about future potential. It is by far the most risky stock I've put in this piece, but also one that offers big upside if they manage to derive earnings from their ever increasing scale. Analyst estimates have the company managing $0.10 a share this year. I have my reservations as to whether that will happen, but I think their current balance sheet is healthy enough for the company to make things really roll over the next decade.