Shares of Antero Resources (NYSE:AR) plunged 31.2% in August, according to data provided by S&P Global Market Intelligence. That sell-off brought the energy company's year-to-date slide to more than 60%. Among the factors adding more weight to push the stock down were sinking oil prices and Antero's second-quarter report.

Antero Resources started August off on the wrong foot. The natural gas producer reported its second-quarter numbers at the end of July, which were a bit of a disappointment. The biggest issue was that the company posted an adjusted loss of $0.21 per share, which was $0.08 per share worse than analysts expected. While the company reported strong production growth and kept a lid on costs, weaker commodity prices negatively impacted earnings. 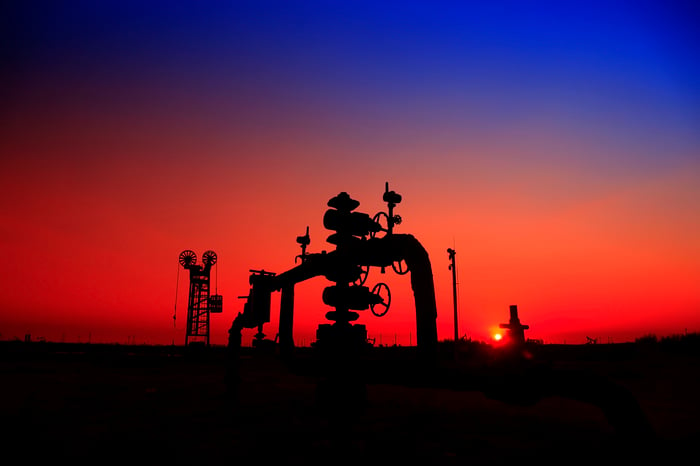 Those prices continued falling in August as oil declined 6% for the month. Weighing on crude was concern that the global economy was slowing down, which will negatively impact demand for oil and gas. If demand falls, commodity prices could have more downside ahead, which would put even more pressure on Antero's bottom line.

Despite weakening market conditions, Antero Resources has no plans to slow its drilling machine. Instead, the company will continue drilling new wells because it has unused pipeline capacity to fill, which it's paying for either way. In the company's view, it can make more money in the future if it grows its production to fill this space than if it slows its pace now. Though that's assuming commodity prices don't keep falling, which hasn't been the case in recent months.

Antero Resources, as well as most of its peers, continues drilling new wells even though the market doesn't need any more supply. That's putting additional pressure on commodity prices, which is further eroding their profitability and market value. Until drillers wake up to realize that this approach is destroying value rather than creating it, their share prices will likely keep falling unless the sector bounces back.