In the second quarter, Dave & Buster's (NASDAQ:PLAY) reported continued growth in overall revenue, but weakness in comp store sales is undermining the business. The sports bar/arcade destination is relying on new store openings, coupled with stock buybacks in order to bolster its situation. 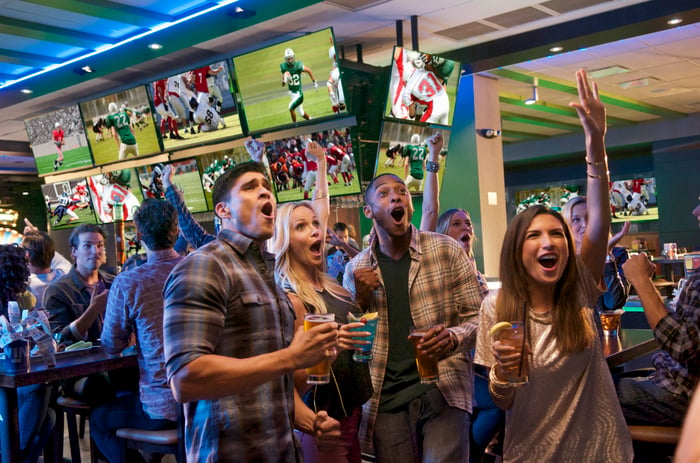 Total revenues increased 8% to $344.6 million. The revenue growth stems from both the restaurant side of things, as well as the arcade/entertainment side.

While the overall revenue story remains strong, comp sales are another matter entirely. Comparable store sales declined by 1.8% in the second quarter. While that might be an improvement over last year's 2.4% decline, it is still a continuation of a problematic trend that is undermining the long term potential of the company.

Revenue growth created the wiggle room for a 0.6% increase in operating income, but as a percentage of revenue, operating income actually decreased to 13.4% vs. 14.4% last year. Rising interest expenses, along with higher tax provisions, led to a 4.2% decline in net income to $32.36 million. That breaks down to $0.90 per diluted share vs. $0.84 per diluted share a year a ago.

While the quarter itself certainly wasn't the best, the big issue garnering negative sentiment is the forward looking guidance. Dave & Buster's now expects revenues of $1.338 billion to $1.359 billion. This marks a decline from previous guidance of $1.365 billion to $1.390 billion. This would still mark a year over gain in total revenue, but the shift down is still a negative for investors.

Estimates for comp sales have deteriorated. Comparable store sales are now expected to decrease between 2% to 3.5%. This is the real problem with the stock. Unless the company changes this trend in comp store sales, the long term picture is bleak in my eyes.

Net income is forecast in the range of $91 million to $100 million. On the liberal side of the guidance, it would mark a 17.22% decline from last's year's net income of $117.22 million. What I think we might be seeing here is the effects of comp sales finally taking their toll on the benefit of new store openings. As sales decline at established locations, the costs remain. And the revenues from new stores don't seem to be compensating for it anymore. Dave & Buster's plans to open 15 to 16 new stores this year, but total net income is expected to be lower. That creates a real problem if not prudently addressed.

As a destination, I absolutely love Dave & Buster's. As an investment, there isn't a lot of momentum here. One needs to be very vigilant of how Dave & Buster's handles this sales situation moving forward. Store openings are not going to fix the problem.