Netflix (NASDAQ:NFLX) disappointed investors with its second-quarter results when it posted its first quarterly decline in U.S. subscribers since 2011. But all indications are that the streaming service is set for a rebound in the third quarter. Analysts at Bank of America have seen "significant reacceleration" in Netflix's mobile app downloads in the third quarter so far. And Credit Suisse analysts said the first seven weeks of the quarter showed a broad-based rebound in overall trends for the company.

The rebound comes ahead of the launches of major competing services from Disney and Apple, so investors should look more closely at what's going on at Netflix and determine whether the rebound is sustainable or a one-off event. 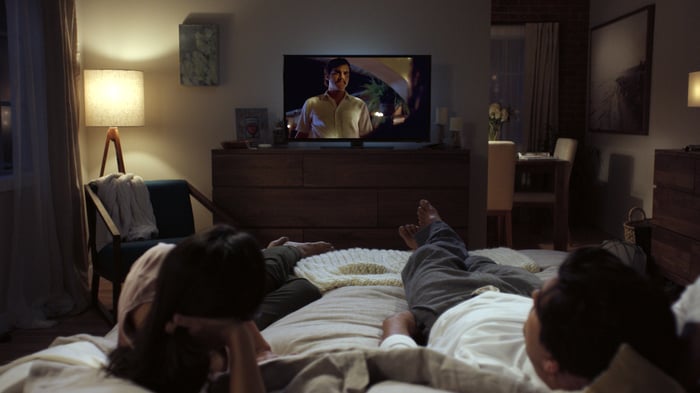 What's behind the rebound?

Both teams of analysts cite Netflix's strong slate of originals as the reason behind the improved trends. The release of the third season of Stranger Things and the final season of Orange Is the New Black in July likely drove new sign-ups or return customers.

It should be no surprise that a strong slate of originals is seen as the key to the company's recovery. Management blamed poor performance of its original releases for its underperformance last quarter. But that also suggests Netflix needs to keep up with popular new content in order to keep adding subscribers.

To that end, Credit Suisse analyst Doug Mitchelson noted Netflix has a lot more in the pipeline. He said he counted some "71 English-language dramas, 62 non-English series, 32 comedies, and 108 films in development." That's significantly more than the other competitors his team monitors.

Netflix is gunning for some critical recognition from its films and is releasing 10 titles in theaters in an effort to qualify for the Academy Awards. A few big Oscar nominations this winter could persuade even more consumers to sign up for the service.

Can it sustain long-term growth?

The challenge for Netflix is to consistently put out attractive original releases. And that is increasingly difficult as more companies compete for the big-budget original series and top talent that draw audiences.

With deep-pocketed tech companies like Apple spending $6 billion on original series with immense star power, and Disney leveraging its access to incredibly popular intellectual property that it was previously licensing to Netflix, the stakes are only getting higher in the streaming industry.

That said, Netflix will have more room in its growing budget for originals as the same media companies that are coming to market with their own direct-to-consumer services pull their licensed content from Netflix in favor of their own lineups. Licensed content still plays an important role in Netflix's library, but recent results indicate the importance of originals in attracting new subscribers. Investors should see its content budget shift even more toward originals over the next couple years as several big licensing deals expire.

An even bigger investment in original content could impede Netflix's progress toward break-even cash flow. But as long as the company is able to sign up new subscribers and grow revenue faster (on an absolute basis) than its cash spend on content, it's a good investment. Despite a setback in the second quarter, the second half of 2019 is shaping up well for subscriber growth, and the company is poised to take on the new competition with an even bigger original content budget in the near future.