Aurora Cannabis (NASDAQ:ACB) didn't have to provide revenue guidance in August for its fiscal 2019 fourth quarter. It didn't have to project that revenue would come in between 100 million and 107 million in Canadian dollars. The company didn't have to set expectations in its Q3 conference call that it would deliver positive adjusted earnings before interest, taxes, depreciation, and amortization (EBITDA) in the fourth quarter.

But Aurora indeed did make all of those predictions. And it failed to deliver on all counts.

The company's executives discussed why it fell short of its guidance on its fourth-quarter conference call Thursday morning. They also took an opportunity to throw shade on rival Canopy Growth (NASDAQ:CGC). 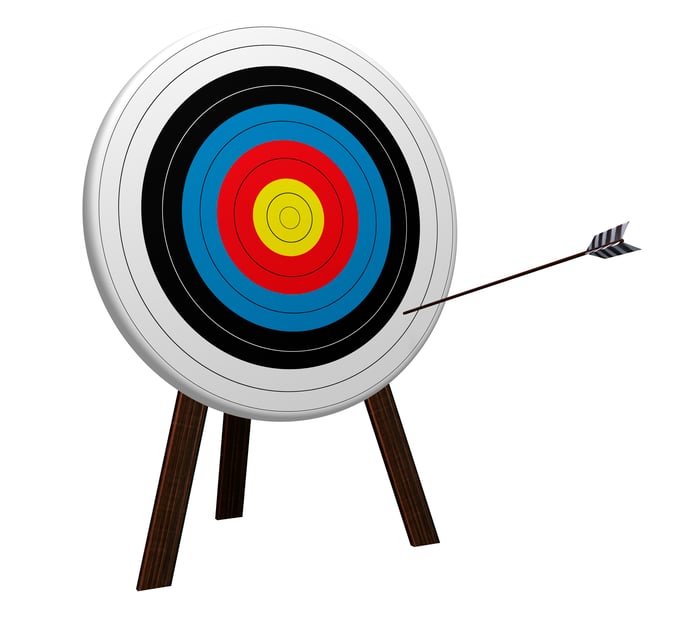 How did Aurora manage to miss on revenue guidance it provided little more than a month ago? Chief Corporate Officer Cam Battley said that the culprit was its ancillary noncannabis revenue, where Aurora has "less visibility" into the performance of the businesses. He noted that Aurora's core cannabis revenue of CA$95 million came in at the top of its guidance range.

Chief Financial Officer Glen Ibbott added that Aurora manages its ancillary businesses "at arm's length." He stated that the revenue from these businesses ended up being lower than initially expected.

Battley admitted that the revenue miss "shouldn't have happened." Ibbott also acknowledged that Aurora needed to improve its forecasting ability for its ancillary businesses. In the meantime, he said that the company wouldn't include anticipated results for these businesses in its future guidance.

As for the failure to achieve positive adjusted EBITDA in Q4 as predicted, Battley said that a big reason behind the miss stemmed from the sluggish opening of retail stores in Canada. Ibbott said that Aurora's adjusted EBITDA performance remains largely at the mercy of the pace at which the retail infrastructure in key provinces is built out.

These miscues overshadowed what Battley noted was "the largest ever recorded" cannabis revenue not only for Aurora but for any company in the Canadian cannabis industry. And while Aurora didn't become adjusted EBITDA positive in Q4, the company made significant progress toward that goal. Ibbott stated that the company will achieve positive EBITDA "in the short term, not the long term."

The one that shall not be named

No one on Aurora's call mentioned Canopy Growth by name, but there were multiple veiled references to Aurora's leading competitor.

Ibbott noted that some of Aurora's peers have recognized some returns for cannabis oil products. He said that Aurora hasn't experienced this issue. This statement clearly alluded to Canopy Growth's CA$8 million negative adjustment to revenue in its fiscal 2020 Q1 results.

Battley echoed Ibbott's comments about returns a little later in Aurora's conference call. He went further by stating that "consumers are voting with their dollars as to which products they want." Battley's view is that Aurora is benefiting from "discrimination by consumers toward higher quality products." The implication is that Aurora is winning while Canopy is losing because of Aurora's superior quality.

In addition to taking a few jabs at Canopy Growth, Battley also got a dig in on CannTrust (OTC:CNTTQ), a Canadian cannabis producer that continues to reel from the fallout of cultivating cannabis in unlicensed grow rooms. In his closing comments during Aurora's Q4 call, he said that it's "significant what didn't happen at Aurora" during the latest quarter, including "no crises, no scandals," and "no management changes."

Both Canopy Growth and CannTrust have fired their former CEOs in recent months. Canopy's woes haven't been scandals, but Battley would probably like to paint a picture of Aurora's biggest rival as being in the midst of a crisis of sorts.

Ibbott hinted that Aurora's growth rate could slow in its fiscal 2020 first quarter. He said the company is "anticipating a bit of a plateau" between now and the launch of the Cannabis 2.0 market for cannabis derivatives later this year. However, Aurora is expecting that market to be a significant growth opportunity headed into calendar year 2020.

Aurora didn't reveal any specifics, but the company seems likely to expand into the U.S. hemp CBD market in the near future. CEO Terry Booth said that Aurora is "laser-focused" on the hemp CBD opportunities. Executive Chairman Michael Singer added that the company sees the U.S. market as a big opportunity and that investors should "stay tuned."

Singer's advice is a good idea for investors interested in any marijuana stock. There are quite a few changing dynamics at play in Canada, the U.S., and international medical cannabis markets. Aurora's Q4 miss probably won't be remembered much if these markets grow like they could. But you can bet there will be plenty more verbal and competitive skirmishes between Aurora and Canopy Growth on the way.