Please ensure Javascript is enabled for purposes of website accessibility
Log In Help Join The Motley Fool
Free Article Join Over 1 Million Premium Members And Get More In-Depth Stock Guidance and Research
By Travis Hoium – Sep 14, 2019 at 10:29AM

There's only one king in home improvement.

Home Depot Inc (HD 2.81%) and Lowe's Companies, Inc. (LOW 3.25%) operate in the same home improvement retail space, but they're very different from an investment perspective. Over the past decade, Home Depot's stock has climbed 755%, while Lowe's has increased just 431%, a large disparity for similar companies.

There are a few reasons why the companies perform differently, and most of them come down to how operations are run. That's where we'll see which of these stocks is a better buy today. 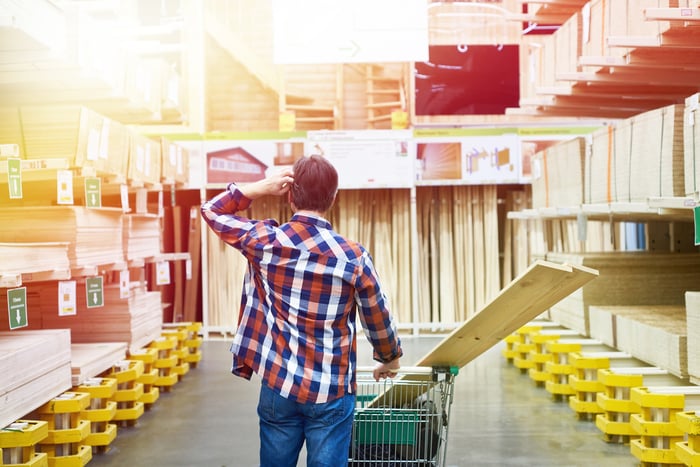 The biggest difference between Home Depot and Lowe's

Turnover is a key metric for investors in retail companies to watch. Turnover is the sales revenue in a year compared to the amount of inventory it takes to generate those sales. A higher ratio is better -- and Home Depot is much more efficient at turning over its inventory than Lowe's. 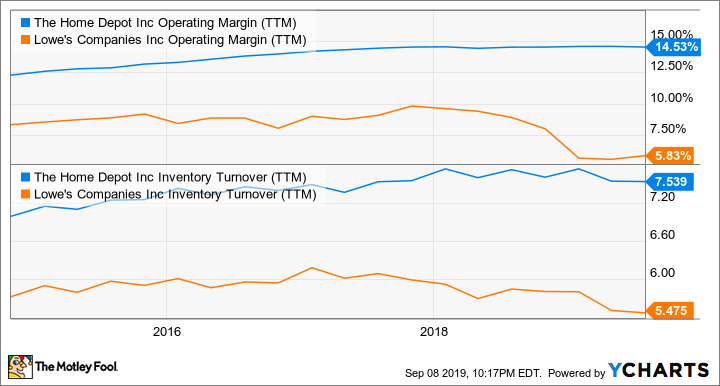 Not only is Home Depot's turnover higher, but it also has a better margin on every sale. These two charts show the biggest difference between these two retailers from an operational perspective. And as you can see, Lowe's simply can't seem to catch up.

Lowe's is a higher risk stock

The chart below gives an indication of the financial risk both companies are taking. You can see that Home Depot has more debt, but it also generates about 4x as much net income annually, so it can handle a bigger debt load. Debt to EBITDA is a good metric to show leverage, and while I wouldn't call Lowe's a high-risk company, it is far riskier than Home Depot from a financial perspective. 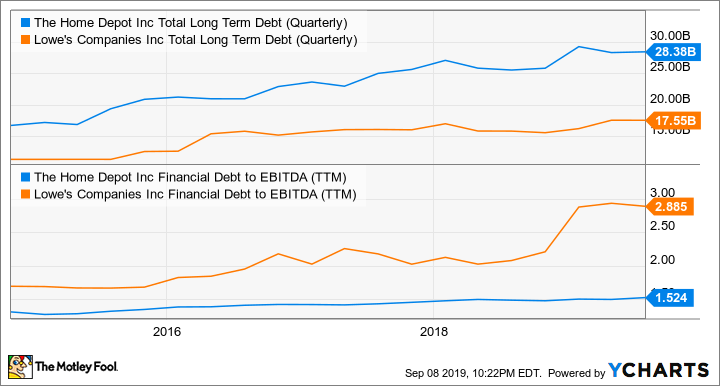 Leverage can be a good thing for a company like Lowe's when the economy is good, which it has been for more than a decade. But if the economy takes a turn for the worst, Lowe's would be in the most trouble out of these two.

For mature retailers like these two, investors should be very interested in free cash flow from the business and steadily improving dividends. You can see below that Home Depot is a growing cash machine, while Lowe's has been a little less consistent. This shouldn't be a shock given the operating metrics I discussed above. 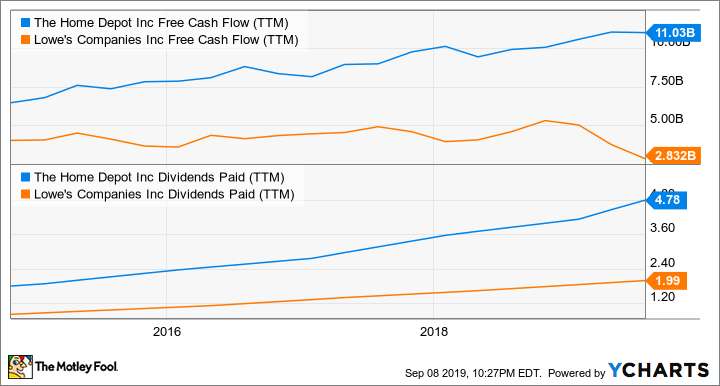 What's amazing is that Home Depot isn't getting a premium despite better operating metrics. Its dividend yield today is 2.4%, higher than Lowe's dividend of 1.9%.

Home Depot is the better stock, hands down

Home Depot has better inventory turnover than Lowe's, better margins, less debt, and a better dividend for investors. It's hands down the better stock between these two, and I think this is one retailer that's built to last. It's not losing sales to online competitors the way many big box retailers are, and it has loyal customers who aren't moving to competitors like Lowe's.

I think Home Depot's outperformance is set to continue for a long time, and that makes it a great stock to buy today.