The share price of the wearables pioneer recently hit an all-time low, and the path forward for the company is murky.

It took just six months this year for Fitbit (FIT) to lose more than half of its value. While some investors might be tempted to pick up the stock now that it has begun to bounce back from the all-time low it set last month, there are still serious issues for the wearables pioneer that they shouldn't ignore.

Fitbit delivered modest revenue growth of 4.8% in its most recently reported quarter. The problem is that with a gross margin of 34.5% being far below the 39.8% the company was able to generate a year prior, that sales gain still resulted in a lower gross profit. To its credit, the company has been able to bring down expenses, but given it had a significant $118 million loss in the year-ago period, Fitbit still has a lot of work to do to get to the breakeven point. 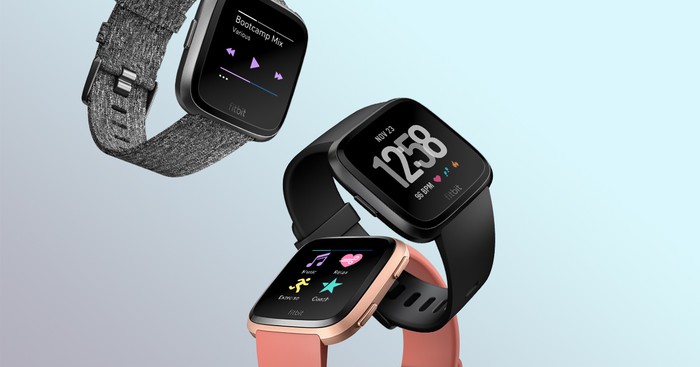 In just one of its past four quarters has Fitbit been able to post a profit. There are also concerns from a cash flow perspective: It burned through more than $144 million to fund its operations over the past two quarters.

Why the situation may not be getting any better

The company adjusted its full 2019 guidance downward, noting that Versa Lite sales had underperformed management's expectations. Now, it's pinning its hopes on a stronger product to lead the way -- the Versa 2, which provides integration with Amazon services, including its popular voice assistant, Alexa. The device, which goes on sale Sept. 15 for $200, will be competitive for price-conscious consumers, especially given how much more expensive the new Apple (AAPL -0.98%) Watch Series 5 is (it launches next Friday with variants starting at $399).

The concern, however, is that even Fitbit's own CEO knows that people in the market for a smartwatch are willing to pay a premium for a wearable that can do more for them. "While Versa Lite received good press and consumer reviews, we saw that consumers were willing to pay more for a smartwatch with additional features," James Park said on the company's most recent earnings call.

Trying to compete with Apple on features could prove to be a costly, uphill battle for a company that's already seeing its margins shrink. And that hill could feel even steeper for Fitbit given that the base price on the older Apple Watch Series 3 was just cut to $200.

Another way Fitbit is trying to differentiate itself is by launching a subscription service that for $9.99 a month would offer features personalized to each user, including workouts and health reports. But for what it offers, a $120 a year subscription could prove to be a tough sell, especially since Fitbit's products are likely more appealing to consumers who aren't looking to spend a fortune on a smartwatch in the first place.

Competing with Apple is going to be a challenge for any company -- one of the things that the tech giant has been able to do best is create a fluid, well-integrated customer experience across its products and services.

While Fitbit may be able to successfully carve out and hold a niche in wearables among users focused on health and wellness, unless it can generate strong demand for its subscription service or show that the new Versa 2 has solved the problems of the Versa Lite, it will be difficult to convince investors that its stock is worth investing in today.