Interest rates have already been cut once this year, and further reductions could be on the way. And concerns about the economy potentially entering a recession are rising. The good news is that investors can protect themselves by investing in strong and stable businesses that could weather the storm, should it happen. Below are three stocks that could help protect your portfolio.

Merck (NYSE:MRK) is a great example of a company that's not likely to see a significant drop-off in the demand for its products during a recession. Healthcare is one area where expenditure is not likely to decrease significantly, whether it is consumers, hospitals or third-party payers, demand for medicine and health services should continue to be strong.

The company has provided investors with good, stable growth, as the stock has risen more than 30% over the past five years. Although sales haven't exactly been soaring, increasing by less than $3 million in the last three years, one thing the company has been able to deliver is consistency. Profits have been more than $2 billion in each of the past four years, rising to over $6 billion in 2018.

In addition to providing stability, Merck also pays investors a dividend to help pad its overall returns. Currently, the dividend yield is 2.6% per year and the company normally increases its payouts once per year. 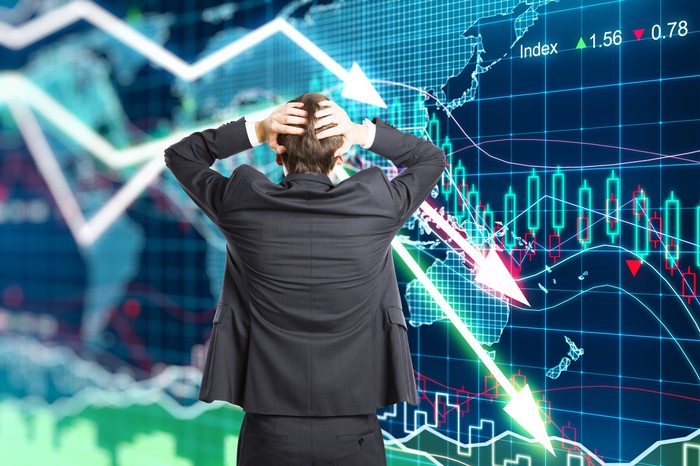 Coca-Cola's (NYSE:KO) products may not be as much of a necessity to consumers as Merck's are, but thanks to low prices and broad popularity, its soft drinks are a safe bet to stay on many shopping lists, even during a recession. With a strong presence around the world, the company's sales offer a lot more diversification than other investors will find with other stocks. That alone makes Coca-Cola an attractive option as it has a lot of resistance to market volatility, with a beta slightly above 0.3.

It, too, has produced some good returns over the past five years, rising around 28%. Although sales have been falling in recent years, the company's bottom line has dropped below $6 billion just once during the past four years. Like Merck, it offers investors a modest dividend, with its yield a little higher at around 2.9%. However, where it stands apart is that Coca-Cola is a dividend aristocrat and it has raised its dividend for more than 50 years in a row.

Public Storage (NYSE:PSA) could be an attractive option during a recession, especially as families under financial stress look to downsize their homes and reduce their living costs. Self-storage could be used in such situations to ensure that a family's possessions have somewhere to go. It's a versatile option that allows people to be flexible amid challenging circumstances.

The company has seen good, stable growth in recent years, with total annual sales rising from $2.4 billion in 2015 to $2.8 billion in 2018. What makes the business an attractive one is its lean and efficient operation. Public Store generated a net profit margin of more than 50% in 2018. That gives the company a lot of room to post a profit even if sales should struggle.

Like the other two stocks on this list, Public Storage also pays investors a dividend, which currently yields 3.1%. The last time raised its dividend was back in 2016.

The three stocks listed above can provide investors with some good diversification, dividends, and stability, which can be very valuable if a recession sets in. Even though these stocks did end up suffering losses during the Great Recession, each of the companies listed here still continued paying dividends along the way and their share prices did end up recovering.

Worried About a Recession? These 3 Stocks Can Help Protect Your Portfolio @themotleyfool #stocks $KO $PSA $MRK Next Article
Current