AT&T's (NYSE:T) WarnerMedia just committed half a billion dollars for the right to buy more content. The company signed an overall deal with J.J. Abrams and his Bad Robot production company for the first look at all of its new projects across film, television, video games, consumer products, music, and other digital content over the next five years. That content may be instrumental in the launch and success of WarnerMedia's forthcoming HBO Max streaming service.

Not only is $500 million a huge amount of money for any company to spend on such a deal, AT&T was, surprisingly, not the only company willing to go that high. Apple (NASDAQ:AAPL) may have offered Abrams' company even more than WarnerMedia, according to The Hollywood Reporter, but Apple's exclusivity terms and lack of theatrical distribution led to an agreement with WarnerMedia.

The Bad Robot deal is just the latest in a string of similar arrangements. Netflix (NASDAQ:NFLX) recently signed the showrunners from Game of Thrones for about $200 million. That follows nine-figure deals it made with Shonda Rhimes and Ryan Murphy in its grab for Hollywood talent. WarnerMedia's HBO signed Amy Adams and Mike Judge earlier this year.

While these arrangements are fairly common between big-name producers and media companies, the price tags on them have climbed to astronomical heights. For reference, the multiyear overall deal Bad Robot negotiated in 2006 was for between $55 million and $65 million, according to The New York Times. And while Abrams and Bad Robot are much bigger now, the market may have gotten ahead of itself. 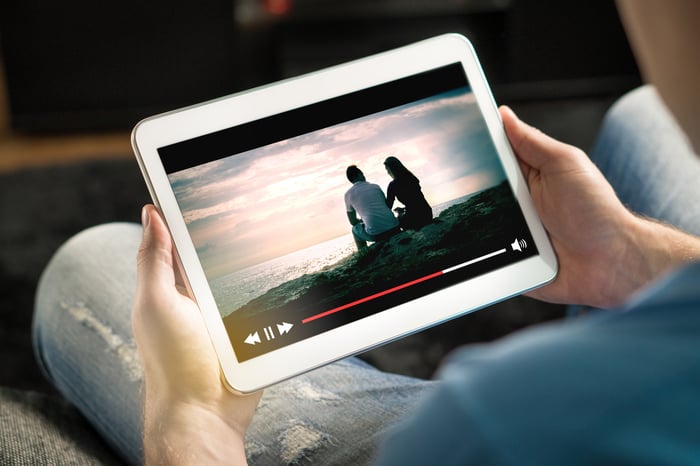 Netflix's $15 billion cash budget for content this year certainly seems like a lot, but also consider that it has over 150 million paid subscribers for its service worldwide. Apple hasn't even launched Apple TV+, and it's committed to spending $6 billion on content, according to reports. WarnerMedia has about 8 million HBO Now subscribers, and it's looking to grow that number with HBO Max by spending significantly more on content than the $2 billion or so HBO spent last year.

Disney (NYSE:DIS) is conservative with its spending by comparison, with a budget of about $2.5 billion for the first year of Disney+. But Disney has a strong brand and popular intellectual property to win over new subscribers. WarnerMedia, Apple, and other streaming companies are still looking tentpole series, films, and creators to draw in subscribers and differentiate their services. Hence, $500 million for J.J. Abrams.

Who can avoid overspending?

As competitors continue going after big-name talent, it'll take both discipline and strategic assets to prevent overspending while still attracting a subscriber base that sticks around.

Two of the best-positioned companies for getting by with spending less overall are Disney and Apple. Disney, as previously mentioned, has both a brand and intellectual property that naturally draw in viewers. When's the last time you checked who was producing or directing the latest Marvel film? And if you did check, you were probably going to go see it opening weekend anyway.

Apple has the unique advantage of selling some of the most popular phones in the world. Bundling Apple TV+ with new device sales is a clever way of building a massive audience for its films and series. If the tech titan has executed and created content with broad appeal, as its massive budget suggests is its goal, users will stay subscribed year after year to catch new seasons and releases. Apple's probably better off missing out on a deal with Abrams.

Compare that to WarnerMedia, which is spending hundreds of millions per year on a back catalog of series from the '90s and committing massive amounts of cash just for the first-look rights to anything from J.J. Abrams. Even with the HBO brand, WarnerMedia isn't confident it can attract the same number of subscribers as its competitors without overspending.

Meanwhile, Netflix isn't entirely off the hook. The company's most recent quarter, when it lost U.S. subscribers for the first time in about eight years, indicates that new competitors may pose a bigger threat to the company than some investors may have originally anticipated. And Netflix management says its best path to continued subscriber growth is producing better content that resonates with more viewers. The streaming leader's recent deal with Benioff and Weiss still looks like a steal compared to WarnerMedia's Bad Robot deal.

So for investors looking for companies with a real competitive advantage in the streaming wars, look for those that have existing assets that naturally attract subscribers. Additionally, be mindful of overspending on content or overall deals, as it may indicate weakness. As more competitors enter the market looking for ways to differentiate themselves, we may see even bigger overall deals yet to come.