An HSBC analyst upgrades the two out-of-favor ridesharing stocks. This could be the bottom.

With shares of Lyft (LYFT -4.34%) and Uber (UBER -1.79%) hitting new lows earlier this month, at least one Wall Street pro sees this as a great opportunity to hail a ride on the out-of-favor ridesharing stocks. Masha Kahn at HSBC is upgrading her ratings on both stocks -- from hold to buy -- even if it means lowering her earlier price targets set when Lyft and Uber were trading much higher.

She feels that the regulatory risks stemming from California's push to get Uber and Lyft to reclassify their drivers as actual employees with related benefits are already priced into the shares, given the roughly 23% slide for both stocks in the past three months. Despite the massive losses being posted by the two players, Kahn also sees a clear path to profitability if they can leverage their fixed cost base while scaling back on sales and promotional marketing efforts.

In short, both stocks are already discounting the bearish arguments, and there aren't enough people talking up the bullish case for an industry that's clearly on the rise as an evolutionary -- if not revolutionary -- workhorse of the gig economy. 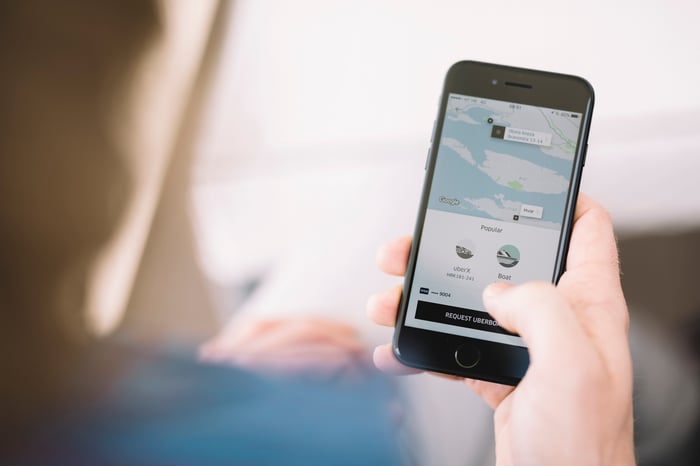 Kahn is lowering her price target on Lyft from $67 to $62, just as she's whittling down her earlier price goal on Uber from $49 to $44. These are still bullish revisions, suggesting 32% to 34% of upside from where the two stocks were at the end of last week.

The regulatory concerns are real, but there are two sides to every cost-inflating story. Growth is decelerating for both companies, but double-digit top-line growth at Uber and Lyft find them continuing to take market share of the overall transportation pie. The path to profitability won't be as easy as Kahn plays it out to be, since even the most ambitious bull sees losses continuing through at least 2021. But there's no reason to think that we won't eventually see the spigot of promo codes for riders and incentives for drivers dry up for the sake of improving margins. This is a duopoly, and until the cost of auto ownership drops or the convenience of mass-transit choices improves, we're going to find more people relying on ride-hailing services to get around.

Between Lyft's heady growth and Uber being priced to the point that Kahn sees its fast-growing Uber Eats platform as a bonus for investors, it's easy to see why this could be a bottom. There are many roads that Uber and Lyft can take in the near future, and the ridesharing market finds itself in a win-win scenario no matter which way the economy turns.

If consumer confidence keeps swelling, there will be more people confident in paying up for the app-fueled personal mobility choices that are faster and more convenient than mass transit. If the economy heads the other way, more people will be comfortable in giving up their costly vehicles and embracing personal-mobility apps as they brace for a recession.

Uber and Lyft are technically broken IPOs, but they aren't broken as companies. The deficits are wide, but they can be curbed at the expense of growth if necessary. Ride-hailing is growing in popularity with drivers, and now the two stocks just need to turn sentiment around with investors.