No one can accuse Domino's (NYSE:DPZ) of resting on its laurels. It's not enough that the international pizza chain already has more than 16,000 stores globally (including 5,900 in the U.S.). Last month, it intensified its efforts to gain market share by opening an "Innovation Garage" at its headquarters in Ann Arbor, Michigan, to test out new delivery and in-store technologies.

Along with earning increased investor interest, Domino's is earning its reputation as a tech company in disguise. One example of this is that about two-thirds of the pizza company's orders now come from its website or phone app. Let's take a closer look at what else this restaurant chain is doing to use tech to advance growth.

The pioneering pizzaiolos opened their Innovation Garage on August 21. Around the opening, the company invited press and stock analysts to tour the facility  and learn more about the company's efforts to innovate. Attendees could be forgiven for thinking they were deep in the heart of Silicon Valley rather than southeastern Michigan. The open tour of what will otherwise be a closed-to-the-public facility offered details on Domino's plans to improve and blend its digital point-of-sale and supply chain systems.

The goal of the innovation garage is to bring Domino's tech teams together under one roof for better collaboration. For instance, the Innovation Garage includes a "pizza theater" where various tech teams can test ordering kiosks and carryout trackers in a simulated store setting.

The Innovation Garage is just the latest in a series of efforts by Domino's to incorporate tech advances to boost the bottom line. 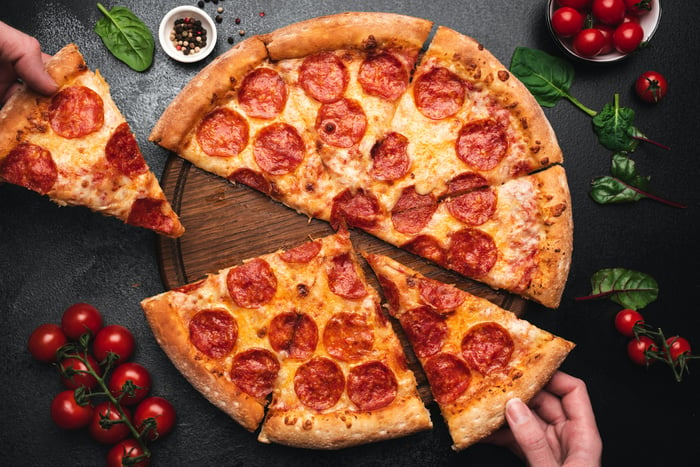 Domino's is also testing GPS delivery tracking and its autonomous delivery initiative using the R2 autonomous rover from robotics company Nuro. Rather than relying solely on its own delivery drivers or turning to third-party delivery services, Domino's is betting that autonomous delivery will be a cheaper option. It has been testing its unmanned delivery since March in Houston, and it says the testing is going well.

Unmanned delivery is far from a passing fad. Yum! Brands' Pizza Hut, Walmart, Target, and Walgreens are all experimenting with the technology, and FedEx is trying out SameDay Bots for last-mile deliveries. It appears the race of the bots is on!

In another initiative, Domino's has partnered with auto software company Xevo Inc. (a subsidiary of Lear Corp. (NYSE:LEA)) and developed a dashboard touchscreen for in-car ordering. The technology, called Anyware, will be preinstalled in millions of new vehicles starting in late 2019. Customers can order pizza when stuck in traffic and have it ready for pickup. The Xevo Market platform itself is already up and running in many vehicles today.

One of the few innovation fronts where the pizza giant seems to be holding back is the use of the current plant-based alternative meats now available. Domino's has so far eschewed the trend. However, rumor has it among the analysts who gathered at the Innovation Garage that Domino's might succumb on that front, too. After all, in for a penny, in for a pound -- of plant-based pepperoni, that is.

Just how big are Domino's coffers?

All this innovation takes capital, and Domino's "full-on" attack is a consideration for investors, particularly when the pizza giant posted weaker-than-expected sales during the second quarter.

Same-store sales grew at a disappointing 3%. U.S. Consensus estimates were for 4.6% domestic growth for the quarter. International same-store sales also grew 2.4%, which missed analyst expectations for 2.6% growth. Revenues for the second quarter were $811.6, but analysts were anticipating $836.59 million. These earnings reflect the hit taken from third-party delivery services, but Domino's is working to address this issue.

Domino's is relying on its fortressing strategy to keep competitors and third-party deliverers at bay. Fortressing entails opening as many new stores as possible -- even if those stores impinge on existing store locations -- in an effort to drive more sales through proximity to customers. It believes speedier service will enhance customer satisfaction.

Domino's has the resources to throw into its intensive tech push and the tenacity to keep up the momentum from fortressing. If speed and accuracy in pizza delivery are the goal, Domino's Innovation Garage, DOM, and autonomous delivery should frustrate competitors. Domino's is pulling out all the stops, so it might be time to give the company a second look.