Please ensure Javascript is enabled for purposes of website accessibility
Log In Help Join The Motley Fool
Free Article Join Over 1 Million Premium Members And Get More In-Depth Stock Guidance and Research
By Billy Duberstein – Sep 17, 2019 at 4:08AM

Groupon is currently struggling, but its copycat in China has been wildly successful. Could Yelp help?

According to unnamed sources and reported by the Wall Street Journal, Groupon (GRPN 2.23%), the local deal coupon specialist, may be eyeing a deal to buy Yelp (YELP 3.23%). Both stocks have been struggling of late against the broader market, but could a combination of the two companies really help? My colleague Rick Munarriz thinks so, though a deal may be difficult to pull off, given that the acquisition would be an expensive merger of equals.

Why would Groupon, which has been shedding revenue and customers amid a transformation plan, think that buying an even larger company – along with the dilution or extra debt required – would be the answer?

The answer may lie across the Pacific.

Meituan-Dianping is killing it

Over in China, Meituan Dianping (MPNGF -0.23%) is the closest compare to Groupon and Yelp, and this leading online-to-offline website has been growing by leaps and bounds. Last quarter, Meituan grew revenue over 50% and swung from an operating loss to a gain. After a swoon following its IPO in late 2018, Meituan's stock has rebounded in a big way in 2019, up about 75%. 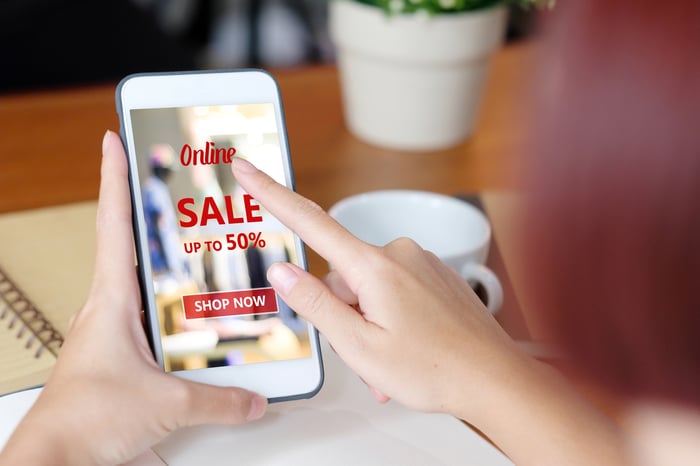 What is Meituan doing so right? Well, for one thing, Meituan isn't exactly a Groupon clone. It's a massive, all-in-one app that incorporates not only Groupon's local coupons and Yelp-like restaurant reviews, but it also offers hotel and travel deals, such as Booking Holdings. It's also China's largest food delivery app, with about 60% market share. Add in a bike-sharing and ride-hailing platforms, online grocery, and restaurant management software, and Meituan-Dianping is much more of a comprehensive offering than Groupon, Yelp, or even a Groupon-Yelp combination.

Nevertheless, it appears that both Groupon sees the need to bulk up on its offerings, so that it can achieve both cost-synergies and revenue cross-sell opportunities that seem to be working so well for Meituan in China.

How Yelp could help

It should be noted that Meituan Dianping itself was born out of the merger of Meituan, which was more like Groupon as a stand-alone company, and Dianping, which was a restaurant reviews site, like Yelp. Therefore, it appears Groupon sees Meituan's success linking the two businesses, and thinks it can replicate the same in both the U.S. and Europe.

For instance, Groupon could use Yelp reviews and data to better target prospective business owners and customers, and Yelp could benefit by offering Groupon deals directly on its reviews site. Both sites are now offering bookings offerings so that customers can directly book reservations directly on their sites and apps, which both companies see as a growth driver.

The combination of coupons, reviews, and travel & leisure would make the combination look a bit more like Meituan's in-store, hotel, and travel segment (Meituan has three main segments), but without the "hotels" part. This is actually Meituan's most profitable segment, despite having lower revenue than its food delivery service.

Meituan was able to grow revenue in this segment a whopping 42.8% last quarter, with 88% gross margins. Management credited the increase to the company's big lead in technology, including its advanced location-based algorithms which gave advertisers a higher return on investment.

If both Groupon and Yelp could pool their data together, it's possible that the combined company could both improve their technology to both customers and advertisers, though it's unclear at this point exactly how much of an uplift would occur.

If the two did combine, it's not unthinkable that the combined would look to purchase a food delivery company such as Grubhub, which is also struggling – or even one of the many private competitors like Postmates or Instacart. That would really make the combination look more like Meituan, and allow for the kind of cross-selling food delivery with other local coupon deals at which Meituan is currently succeeding.

It's still a big question as to whether Groupon would even be able to buy Yelp. Yelp is valued higher, at about $2.6 billion versus Groupon's $1.6 billion, so a transaction would require a lot of dilution or a lot of debt.

Whether or not the benefits of scale and these synergies could eventually persuade key players to agree to a transaction is unclear. However, one thing is for sure – Meituan's success in China shows that when it comes to internet companies, bigger is better. More data leads to better algorithms, which leads to better products, which leads to more customers. Without that kind of scale, it's an open question whether Groupon or Yelp could make it alone.