Saudi Arabia's quick bounce-back in oil production deflates the oil rally -- but this story isn't over yet.

Gee, that was fast!

After initially surging on news that drone and missile attacks in Saudi Arabia had knocked half that country's oil production and refining capacity offline over the weekend, oil prices -- and oil stocks -- are taking a hit today. Perversely, this hit is in response to some really good news (for consumers, at least). 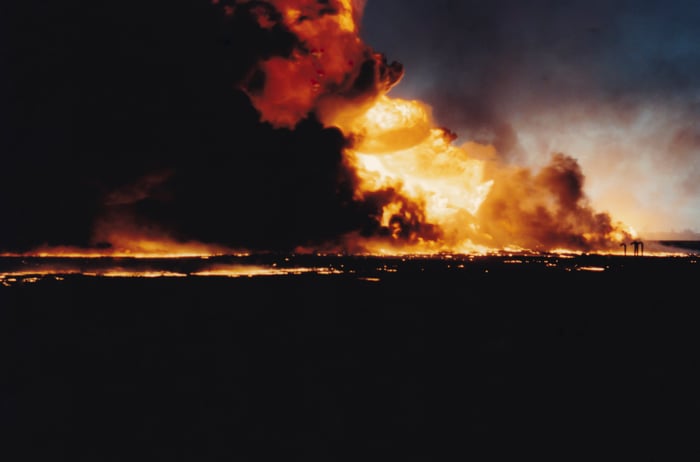 Oil prices are down in response, with the prices of both West Texas Intermediate crude and Brent crude off 4% as of 12:40 p.m. EDT today.

Oil stocks are tumbling as well. In particular:

And perhaps rightly so. After all, investors bid up oil stocks in general yesterday on hopes that higher prices would mean higher profits for oil producers such as ConocoPhillips. The longer supplies remained interrupted, the more time such companies would have to pump oil and sell it at high prices -- and conversely, the sooner production is back up and running, the less time these companies have to reap windfall profits.

The situation for oilfield services companies like Nabors and Patterson-UTI, though, may be even more acute than for W&T Offshore (although right now, the latter company is taking the bigger hit). After all, rather than profit immediately from selling oil they have on hand, companies like Nabors and Patterson-UTI have to wait for their oil-producing clients to decide that high prices are going to stick around for awhile, and hire them to help increase production.

Now that it looks like high prices might not stick, the prospects for beaucoup profits at these companies are quickly dimming.