Comcast's upcoming streaming service is the latest thing introducing headline risk into owning Netflix, but investors are burying the lede.

If there has ever been a time for headline risk to be a sticking point for investors in Netflix (NFLX 0.77%), that would probably be now. Comcast (CMCSA -1.38%) offered up some more details of its upcoming streaming service this week, and like all of the other recent unveilings, Peacock is packing more of a punch than many expected.

Peacock -- yes, as in the iconic NBC mascot -- will launch in April. We already knew that it would be available as a premium subscription service as well as a free ad-supported platform. The latter will help it stand out against Netflix, Apple's (AAPL -0.93%) Apple TV+, and Disney's (DIS -0.64%) Disney+, which are only available for paying customers (or in the case of Apple TV+, at no additional cost for folks buying the tech giant's gadgetry). This week's Peacock news centers largely around content, and Comcast isn't phoning it in here.

Apart from the already impressive arsenal of NBC shows -- including exclusive access to The Office and 30 Rock -- there will be eyeball-sucking reboots of network classics including Battlestar Galactica and Saved by the Bell. Comcast will also be kicking in access to films from Universal Pictures, DreamWorks Animation, and its other studios. Peacock will be a force when it launches, and once again we find Netflix shareholders chewing on their fingernails with the stock trading 30% below last summer's all-time high. 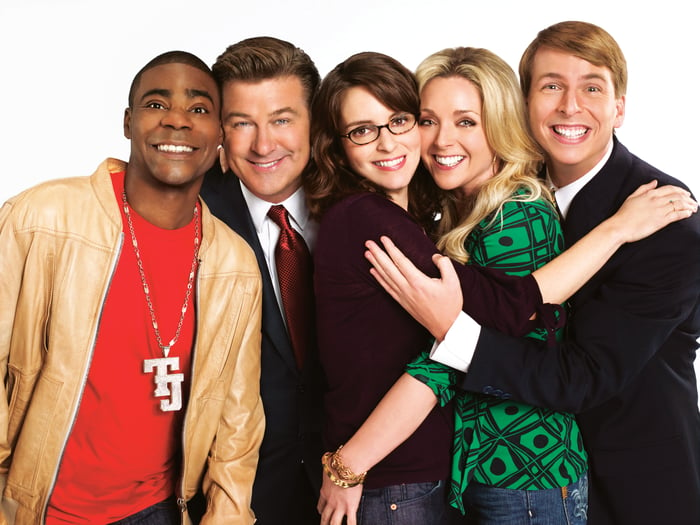 Peacock subscribers will have access to 30 Rock. Image source: NBCUniversal.

They're real and they're spectacular

Peacock won't be flashing all of NBC's bright and shiny feathers when it launches next spring. Netflix was able to wrestle away Seinfeld in a worldwide deal that will kick in come 2021. It's still clear that Peacock isn't a service that can be dismissed as a competitor, a conclusion that Netflix investors also came to realize when Disney and Apple held their media events.

Disney+ wowed consumers with the breadth and pricing of its offering, and then some early adopters were able to lock in three years of the service by pre-paying what comes out to less than $4 a month. Apple TV+ will be emphasizing quality over quantity with its lean but star-studded initial library, but bundling it as a freebie for a year for anyone buying an Apple device will ensure that it ramps up its audience quickly.

Now we have Comcast's Peacock, and its way to cut through the noise beyond nostalgic reboots appears to be that it will be available as a commercials-saddled version for freeloaders who don't want to pay for the premium service. It's an important distinction for Peacock as the marketplace gets more crowded -- and if money gets tight should we slip into a recession.

So, yes, headline risk will weigh on Netflix as we work our way through November launches of Disney+ and Apple TV+. We'll go through it again five months later with Peacock. At some point, we'll get more details ahead of next year's launch of HBO Max, and that's going to leave a mark.

Ahead of all of these events, we're now a little more than four weeks away from Netflix's third-quarter report, which everyone will be watching given how badly it missed its subscriber target last time out. If your stomach is feeling uneasy as a Netflix investor, you're probably not alone -- but you're also probably overthinking things.

The market is expanding, and if anything, the arrival of Apple TV+, Disney+, Peacock, HBO Max, and whatever other new offering rolls out next will likely pull more people away from conventional linear television than from the existing streaming leaders. It's the ABC and Disney Channel regular who will be the most smitten by Disney+. It's the folks still watching NBC on its prime-time schedule who will be the most tempted to migrate online with Peacock.

As scary as things seem now, these new services may be gateway drugs to get folks off their dumb TVs and onto smart TVs, where Netflix will practically be a no-brainer. The headline risks are real, but investors are burying the lede if they don't realize how Netflix could also be a big winner when streaming hits the masses as the default medium in the coming months.