Please ensure Javascript is enabled for purposes of website accessibility
Log In Help Join The Motley Fool
Free Article Join Over 1 Million Premium Members And Get More In-Depth Stock Guidance and Research
By Timothy Ronaldson - Updated Sep 19, 2019 at 11:17AM

Re-classifying drivers as employees instead of independent contractors could cause a hit to these companies’ already-suffering stock prices.

Ride-sharing companies Uber (UBER 2.27%) and Lyft (LYFT -0.42%) have experienced significant setbacks since their initial IPOs in the spring, but new local laws could have both companies -- and others operating in the gig economy -- scrambling to react.

New York City, the companies' most lucrative market, recently enacted new laws to limit the number of drivers who work for the ride-share companies, establish a minimum wage for the workers, and limit the amount of time they spend on the road.

On the West coast, the California state Senate will soon vote on Assembly Bill 5, a measure that would limit the companies' ability to continue classifying their drivers as independent contractors. If the bill passes, Uber and Lyft will have to designate all drivers as employees, which would require them to comply with minimum wage laws and pay employer-based taxes, among other measures. 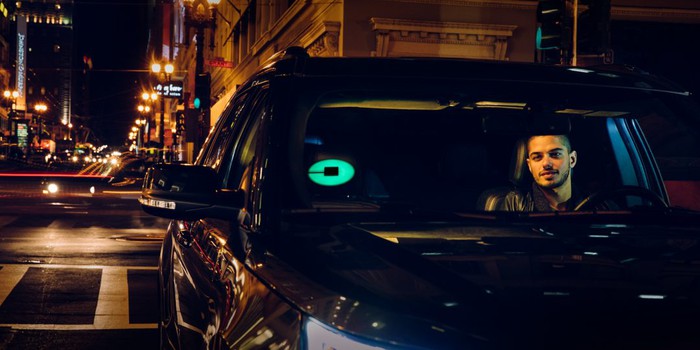 Earlier in 2019, in its S-filing with the U.S. Securities and Exchange Commission, Uber said, "Our business would be adversely affected if drivers were classified as employees instead of independent contractors."

If the California law passes, more states and cities around the country could follow its lead by taking a hard look at how these workers are classified.

Ride-sharing stocks have struggled since their IPOs

Investors' hopes were high for both Uber and Lyft before they went public. Following an aggressive fund-raising period, venture capitalists at one time valued Uber at almost $72 billion.

Uber's initial stock price was somewhat of a disappointment, opening at $42. By early June, the stock had reached $45, the first time it had risen above the IPO price. It peaked at $46.38 on June 28, but the stock has been in a freefall since.

On Tuesday, drivers for Uber and Lyft staged a protest in Manhattan, blocking traffic in a show of solidarity. Their chief complaints: Low pay and poor working conditions. New York City's new law and California's proposal are both, in slightly different ways, aiming to answer the workers' pleas.

What classifying drivers as independent contractors does for Uber and Lyft is allows them to not have to comply with these regulations, as well as shields them from having to pay payroll taxes. Combined, the four payroll taxes of Social Security, Medicare, FUTA, and CA SUTA can add up quick -- approximately $5,500 for a worker with a $65,000 salary.

These significant costs would be a huge burden to the bottom line, Uber and Lyft officials have said. In response, the companies have joined together to fight for their right to keep workers classified as independent contractors.

In late August, the two companies pledged $60 million as part of a ballot initiative for California's 2020 election. If passed, the ballot measure would keep workers classified as independent contractors but would provide worker protections such as paid sick leave and paid family leave for certain workers, protection for worker injury, and a minimum earning of $21 for every booked hour.

The two companies are hoping that by getting ahead of the issue, they could be seen as partners in the fight for increased worker protections and not the enemies.

The future for Uber and Lyft

Investor confidence has been low in both Uber and Lyft, reflected in their dropping stock prices. In addition to the potential effects of changing state regulations, Wall Street has concerns about riders shopping around for better prices.

Still, with stock prices for both companies hitting lows in the last few weeks, there may come a time in the near future where investors see an opportunity to pounce on what once was two promising technology/transportation companies.