Please ensure Javascript is enabled for purposes of website accessibility
Log In Help Join The Motley Fool
Free Article Join Over 1 Million Premium Members And Get More In-Depth Stock Guidance and Research
By Billy Duberstein – Sep 21, 2019 at 11:00AM

Naspers spinoff Prosus soared in its debut on Euronext. So why is this Naspers shareholder still unhappy?

In the recent past, I've advocated for owning Chinese internet giant Tencent (TCEHY -2.00%) not via the stock itself, but rather through South African firm Naspers (NPSNY -1.91%). While Naspers began as a newspaper and media publisher in 1915, today it mainly stands as a global technology investment firm. Most notably, the company made perhaps the greatest tech bet of all time, with a $32 million investment in Tencent back in 2001 -- a stake now worth nearly $130 billion.

The Tencent success has come to overshadow Naspers itself, as well as its other investments. In fact, the success of Tencent recently became a big problem, as Naspers grew too big for the Johannesburg Stock Exchange, making up more than 20% of the index this year. And the bigger Tencent got, the bigger the discount at which Naspers traded relative to the value of its Tencent stake alone.

That's why Naspers decided to take action earlier this year and announced a partial spinoff of its global internet technology assets -- including its Tencent stake -- into a separate company called Prosus (PROSY -2.07%). The spinoff just happened on Sept. 11, and I received my new Prosus American depositary receipts on Sept. 17.

When Prosus was listed on the Euronext exchange last week, the stock immediately soared 30%, from the reference price of 58.70 euros to a high of 76 euros on its first trading day. That increase closed much of the gap with the value of the Tencent stake, as planned.

So why are we Naspers shareholders still unhappy? 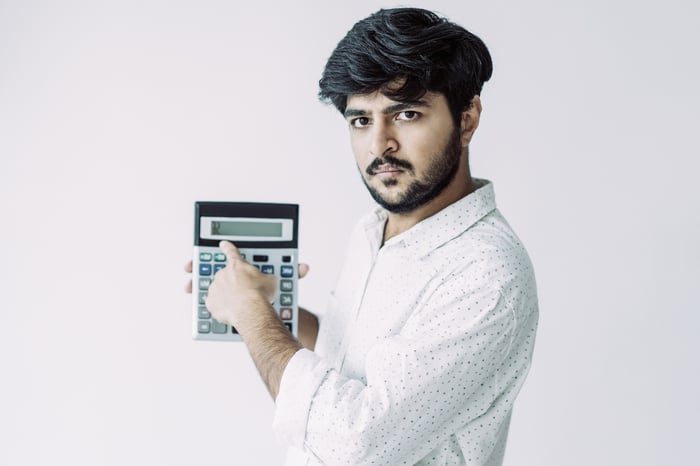 As of the end of day Thursday, Sept. 19, Naspers shares were down 36% from the pre-spin price -- a full 10 percentage points greater than the 26% spinoff of Prosus.

So all in all, the price of my Naspers-plus-Prosus ADRs had fallen from $50.03 on Monday to $47.04 by the end of the day on Thursday -- an overall decline of about 6%. While Tencent ADRs have also fallen in that time, it hasn't been nearly as much. Tencent has fallen only about 2%.

So while Prosus has actually narrowed the gap with Tencent, the combined discount of Naspers/Prosus to the value of Tencent has actually widened, not narrowed.

Oftentimes when a company spins off a minority asset, investors may not have intended or wanted to own that "other" asset, and they may sell the spun-off stock regardless of value.

The reverse seems to be happening here. In this case it appears investors have owned Naspers in order to get Prosus. Now that Prosus is tradable, it appears that investors are selling Naspers shares and buying Prosus. This may be temporary, once investors come to appreciate the widening gap between Naspers' valuation and that of Prosus.

Naspers does still makes up a rather large percentage of the Johannesburg Stock Exchange. Even after the sell-off, Naspers makes up 14% of the index, which may still be large enough to generate upward resistance to the stock price. However, if Naspers was able to make up over 20% of the JSE at one point, it's difficult to understand why it wouldn't be allowed to rise to that weighting again.

At the end of the day Thursday, Prosus was still higher than its listing price, though it has pulled back some, to a market capitalization of about $123 billion. That's compared to the value of the Tencent stake at $129 billion -- still a discount, though one not nearly as large as before. And remember, Prosus holds other assets besides Tencent.

However, Naspers, which still owns 76% of Prosus, trades at a market capitalization of just $69 billion. If it traded in line with the value of its stake in Prosus, Naspers should be trading at a value of $91 billion, a whopping 32% higher!

It's only a few days since the spinoff, so I think it's early to jump to any conclusions. Shareholders who wanted out of Naspers to own Prosus may still continue to sell Naspers for some time to come.

However, I don't think the yawning gap between Naspers and Prosus can last over the long term. If it persists, Naspers management may be forced to spin off more of Prosus, or even break it up further into different parts, such as by separating Tencent from the other companies it owns in food delivery, fintech, and other online classifieds.

Still, it appears that fully closing the gaps separating Naspers, Prosus, and Tencent may take more patience on the part of Naspers investors.