Tuesday was a bug of a day for stock investors, with most market indexes falling to earth. There was no shortage of shares that ended up trading lower on the day.

Some, however, took a greater pummeling than others. Here are three that got a bit of the worst from the bear attack. 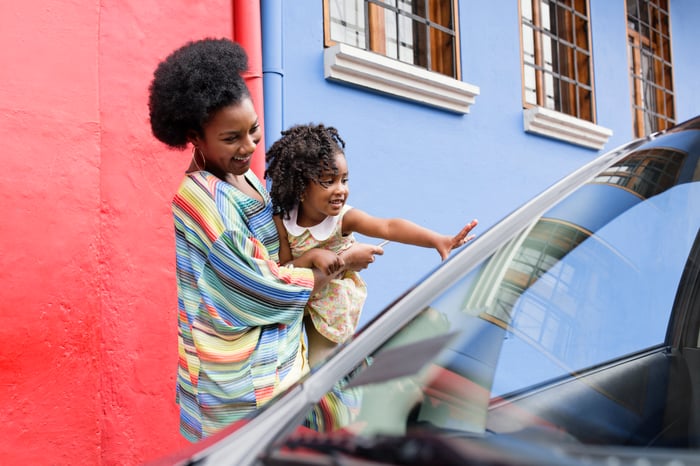 The market tapped the brakes today on Lyft (NASDAQ:LYFT) and Uber Technologies (NYSE:UBER), the two rideshare giants frequently mentioned in the same breath. The former decelerated by almost 8% on the day, while the latter slipped 5%.

Lyft was the more precipitous decliner likely because of announced changes in its all-important app. The company said an update to the software will include other transportation options. The move comes in the wake of mounting criticism that the Lyfts and Ubers of this world increase vehicle congestion and slow traffic in urban areas. But, of course, investors are, reasonably, concerned that this will pull business away from Lyft.

Both loss-making companies are already under operational and financial pressure. A bill recently passed in California, which seems directly aimed at how the pair conduct their businesses, tightens the rules for which kind of worker is considered an employee and which a contractor. At the risk of stating the obvious, it's more involved and expensive to carry an employee on a company's books.

Uber, which could conceivably be pushed into offering alternate transport options in its own app soon, was probably affected by osmosis with Lyft's pronouncement. Additionally, investors digested news today that the transportation authority in London has extended the company's operating license in the sprawling European city by only two months, well short of the full five-year term Uber was seeking.

Ridesharing services are easy to hail, but tough to make money with. Uber and Lyft are both under pressure on various fronts, and on top of that the red ink is gushing through both companies. Neither stock looks appealing, even at the new and lower prices.

BlackBerry (NYSE:BB), a roller-coaster tech stock if there ever was one, seems like it's starting a plunge down another slope. The stock topped the list of prominent decliners, shedding almost 23% of its value at market close.

The catalyst behind this is the company's release of its Q2 2020 results. Unusually, the company emphasized its non-GAAP (adjusted) revenue, which rose by 22% on a year-over-year basis to hit $261 million; the GAAP tally was $244 million (16% higher). On the bottom line, the company broke even on a per-share, adjusted basis.

Collectively, analysts who track the stock were modeling a GAAP figure of $268 million on the top line and a per-share net loss of $0.01.

BlackBerry again defaulted to non-GAAP revenue when updating its guidance for the entirety of fiscal 2020. It believes this line item will rise by 23% to 25% on a year-over-year basis; this represents a narrowing of its previous 23% to 27% estimate. The company anticipates it will post an adjusted net profit, although it did not specify a number.

BlackBerry has, in my view, managed a successful pivot into a software, services, and (lately) cybersecurity solutions provider. Also, nearly all of its revenue now is of the recurring variety favored by investors.

But I think investors are justifiably wary of the oddball way it's emphasizing non-GAAP numbers, the ingredients of which have been called into question by pundits and analysts. This makes the finances murkier than they probably should be, and casts a haze of doubt on the company's performance. Until that fog starts to lift, it might be wise to avoid the stock for now.