AbbVie and Eli Lilly have both stumbled this year. Which of these top pharma stocks is better positioned for a rebound?

AbbVie (ABBV -0.78%) and Eli Lilly (LLY -0.46%) have been outstanding dividend and growth stocks for the better part of the last decade. These two pharma giants have generated total returns on capital (including dividends) of 52% and 97%, respectively, over the last five years.

Nonetheless, AbbVie and Lilly have both run into trouble in 2019 due to a mix of company-specific issues and industrywide headwinds. Which of these top pharma stocks has the best chance of breaking out of this recent funk? Let's take a look at the bull and bear case for each stock to find out. 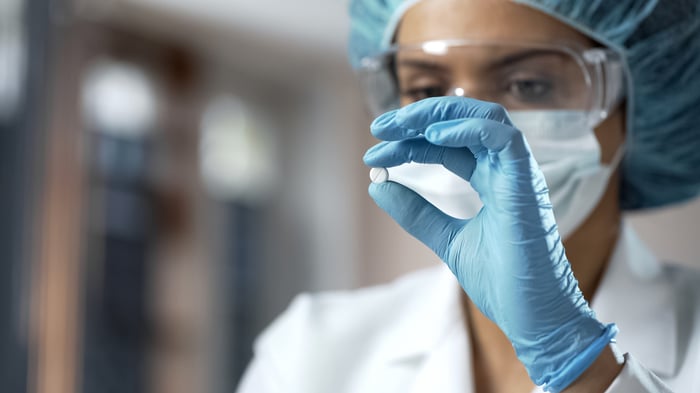 AbbVie has grown its top line and dividend at industry-leading levels ever since Abbott Laboratories spun the biotech off into a separate entity in 2013. Even so, the biotech's shares have still dropped by an unsightly 20% so far this year. The net result is that the drugmaker's stock is now trading at less than eight times forward earnings. That's a bargain-basement valuation for a blue-chip pharma stock.

So why are investors sidestepping this top biotech? Three reasons:

On the plus side of the ledger, AbbVie has significantly beefed up its product portfolio with the approval of three potential megablockbusters: Skyrizi for psoriasis, Rinvoq for rheumatoid arthritis, and Orilissa for uterine fibroids. Taken together, these three new growth products should help to steady the ship as AbbVie enters the next stage of its life cycle.

From the start of 2014 to the end of 2018, Lilly was one of the best-performing healthcare stocks. Lilly, in fact, produced total returns on capital of 160% over this four-year period. This year, however, hasn't been so kind to the big pharma.

Lilly's stock has slipped by nearly 1.5% in 2019 due to a variety of headwinds, including the ongoing cliff dives of former star products like Humalog and Cialis, the withdrawal of the soft tissue cancer medicine Lartruvo from the market, a safety ding for the breast cancer treatment Verzenio, and, most importantly, an increasingly competitive landscape for the company's best-selling type 2 diabetes medication, Trulicity.

It's not all doom and gloom for Lilly, however. Psoriatic arthritis drug Taltz, cancer treatment Cyramza, and migraine medicine Emgality are expected to drive a healthy 6.6% rise in revenue next year, compared to 2019.

That said, Lilly's shares are now trading at a whopping 17.3 times forward earnings, despite this encouraging outlook for its top line. The company's balance sheet is also highly leveraged at this point -- as evinced by its 575.1 debt-to-equity ratio. So Lilly may not be able to pursue any major business development opportunities in the near term to create additional value for shareholders.

As things stand now, AbbVie arguably comes across as the more compelling buy. Lilly's stock sports a far richer valuation, and the drugmaker is also facing numerous headwinds in the diabetes space that could force a significant downward revenue revision for its top line within the next six months. AbbVie, on the other hand, has bolstered its anti-inflammatory portfolio with the recent approvals of both Skyrizi and Rinvoq. Moreover, the biotech's acquisition of Allergan should ultimately soften the blow of Humira's eventual decline.