Copart's fourth-quarter revenue gains continued its third-quarter trend of double-digit percentage sales growth, which was 15.7% in the previous quarter. Its fourth-quarter sales growth came from a 20.1% increase in global service revenue, reaching $470.4 million, and a 25.4% jump in purchased car revenue, to $72.2 million. 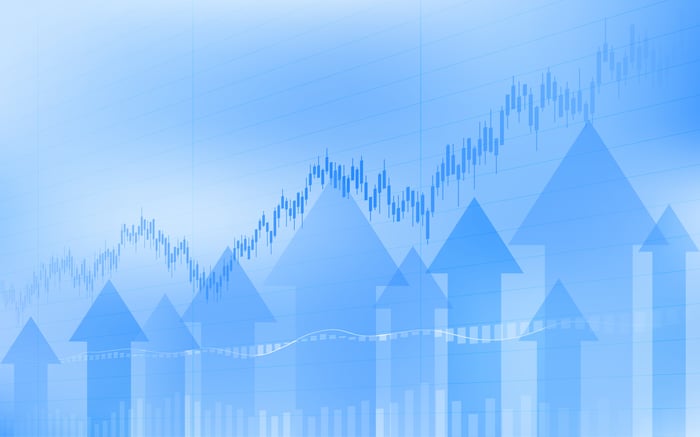 Copart's global service revenue is the most important revenue segment for investors to watch because it accounts for about 87% of the company's total sales, so a 20% increase in this segment during the fourth quarter was undoubtedly good news for Copart and its investors.

It wasn't just the online company's sales growth that was impressive this quarter, though. Copart's operating income improved by 43% to $192.8 million, and its gross profit increased by 28.8% to $242.6 million.

Copart's management mentioned on the investor call that the average selling price of vehicles sold through Copart auctions continues to rise. The average selling price rose 8.1% in the fourth quarter, which helped push up the company's purchased car revenue; management noted that "this has been a continuation of a trend" for the past several years.

The company's management also said on the call that Copart finished the quarter with $186.3 million in cash and about $200 million in debt. Copart's operating cash flow for the quarter was $193 million, with capital expenditures totaling $114.5 million.

Copart's management doesn't issue any forward guidance, but the strong end to the company's 2019 fiscal year is a good indicator that Copart is moving in the right direction as it heads into its new fiscal year. Investors should continue to watch the company's service revenue for any changes to its current growth trajectory and also keep tabs on changes to the company's average vehicle selling price (as this would affect Copart's vehicle sales revenue). Investors should be happy with Copart's continued sales growth in the fourth quarter and its ability to expand its business overall.