Sometimes, being iconic isn't enough to keep a company relevant. Sears, for example, was once the biggest player in United States retail. In 2019, it languishes somewhere between ignored and nonexistent. Similar fates have befallen countless other brands -- sometimes due to changing technology (fare thee well, Blockbuster) and at other times because of mismanagement or unsustainable financial choices (goodbye, Payless and Toys R Us).

Harley-Davidson (NYSE:HOG) risks becoming the next American icon to descend into irrelevance. The motorcycle maker's sales have been falling steadily. They dropped by 8.4% globally in the first quarter -- down 8% in the U.S. -- and they are off 6.6% through the first six months of the year.

In its second-quarter earnings release, the company said its poor U.S. sales results were "driven largely by continued weak industry sales." That's a pretty damning comment about the market that provides about two-thirds of its sales, and it's something that Harley has to address if it hopes to turn itself around. 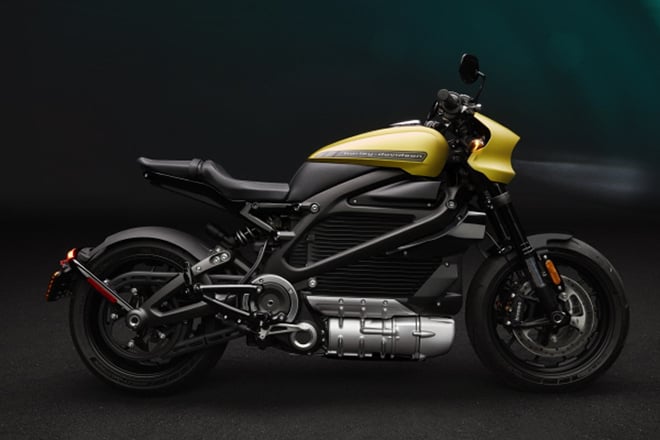 Selling more motorcycles requires either taking a bigger share of a smaller market, or creating a bigger market. Harley-Davidson has opted to take the "grow the market" approach with its "More Roads to Harley-Davidson" plan, which aims to use new types of bikes, broader access to motorcycles and motorcycle training, and a stronger dealer network to grow its potential audience.

The company plans to expand the pool of Harley riders in the U.S. from 3 million in 2017 to 4 million by 2027. It will do that by focusing on keeping its existing riders happy while exposing potential new ones to the brand, and helping them get the proper training to ride.

"We see a meaningful opportunity to leverage the power of the brand to demonstrate how riding a Harley-Davidson fills the mind, body, and soul in ways that help riders live for real," said CEO Matt Levatich in a press release. "We'll continue to fuel all aspects of the riding experience and add new solutions to fully develop, engage and retain riders through their journey, starting with the very first spark of interest."

The company has already introduced plans for a range of motorcycles designed to appeal to a broader audience. The new models, which began rolling out this year, include the LiveWire, Harley's first electric motorcycle.

It also plans to improve its website, strengthen its dealer network, and create more points of access for potential customers. All of those efforts appear to fall within the realm of the achievable, and the wider new vehicle lineup marries well with them.

Can this brand have a second act?

These pieces add up to a potentially solid plan. The biggest challenge for Harley-Davidson, however, lies in the last pillar of its More Roads strategy -- amplifying its brand. That's will be a major hurdle for a company that has been locked into one image and one set of messaging for decades.

"Underpinning our strategy is a meaningful opportunity to amplify and leverage the power of the Harley-Davidson brand," the company explained in a presentation posted online. "We are enhancing the Harley-Davidson experience to inspire interest in riding, foster moto-culture and build an even bigger, more passionate community of Harley-Davidson riders."

That sounds nice, but the older and more storied the brand, the more baggage its name carries, for good or ill. To become something new -- or just to convince people to take a broader view of its brand -- Harley-Davidson will have to shed some part of an identity that it has been honing since 1903.

Changing how people think about the motorcycle maker may be difficult, especially when it comes to younger customers who have been turned off by its longtime image and brand positioning. But it's not impossible if Harley marries its actions to its messaging.