Expectations are so low right now that investors barely reacted to the results, but that doesn't mean Harley Davidson is doing well. And in an economy that's ideal for discretionary products like motorcycles, the company's future doesn't look very good. 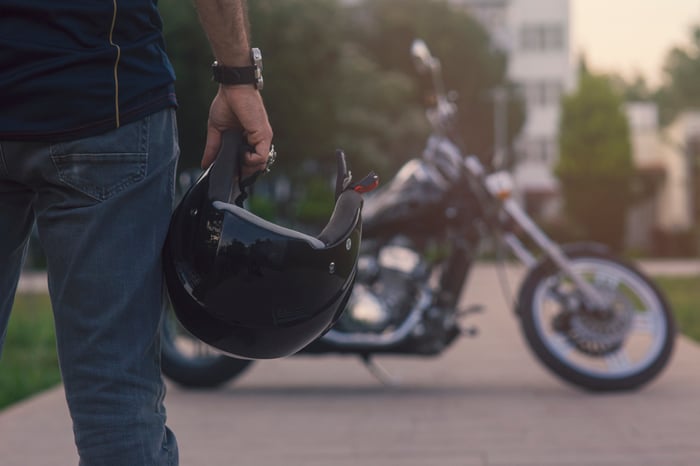 Motorcycle shipments fell 7.9% to 58,891 units as touring cycle sales fell. The performance was slightly ahead of expectations, so the decline wasn't a shock, but that shows how low expectations have gone. Over the past five years, revenue is down 11.2% and net income has dropped a crazy 43.5%. 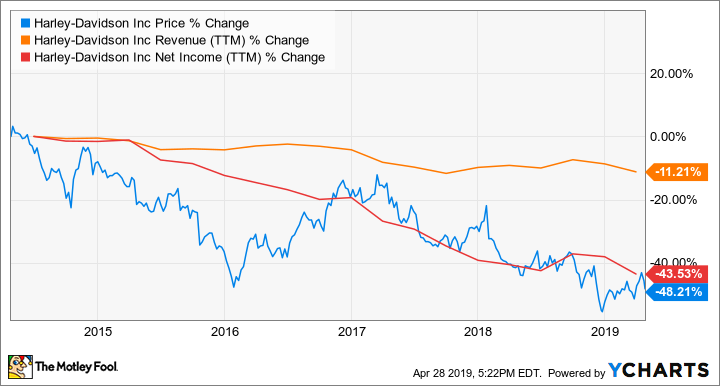 Harley-Davidson is facing challenges on multiple fronts. Fewer people are riding motorcycles, which is a drag on sales, but the long-term problem is that new riders aren't replacing an aging generation. And there's no easy way to attract them to the business.

A new set of priorities

The hardest problem for Harley-Davidson is generational. The brand has always been a status symbol for riders, and it could charge a premium for motorcycles as a result. But millennials don't value the motorcycle status symbol and are moving toward areas where motorcycles make little sense. Country bars where motorcycles were prevalent have been replaced by urban hotspots where Uber and Lyft drivers drop off riders who may not own their own vehicles at all.

2019 should be a perfect environment for Harley-Davidson

Even more concerning for Harley-Davidson long-term is that 2019 should be perfect conditions for increasing sales and profits. The global economy continues to grow slowly but surely, and the U.S. market is effectively at full employment, pushing wages higher. That should lead to strong demand for a discretionary product like Harley's motorcycles. But it hasn't, and it reveals a huge problem for the company long-term.

As net income and cash flow have fallen, debt has been rising at Harley-Davidson. At the end of the first quarter, the company had $7.1 billion in debt, and that's not what investors should want to see from a company with less cash to work with. 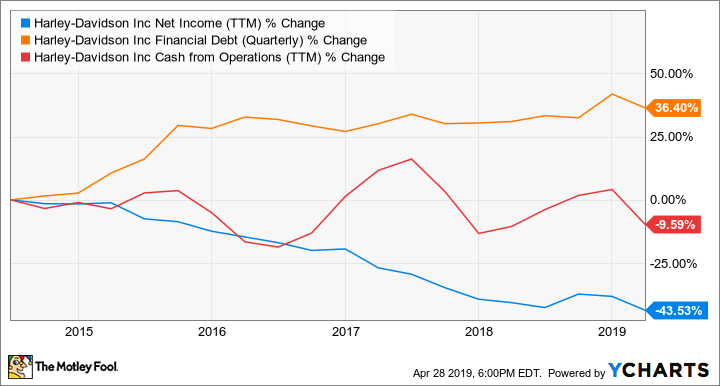 Harley-Davidson is fighting an uphill battle in trying to recover its business. Young riders are finding new ways to get around and don't value the Harley brand, while older riders who were once the company's bread and butter are now spending less. The company may be meeting Wall Street's quarterly expectations for now, but long-term I don't see a great way out of this scenario for the company.