Stocks wavered Thursday as investors weighed developments in trade and politics in the U.S. The Dow Jones Industrial Average (DJINDICES:^DJI) and the S&P 500 (SNPINDEX:^GSPC) closed with small losses. Biotechnology and energy shares were particularly weak, while defensive real estate and utilities stocks moved up.

As for individual stocks, Peloton Interactive (NASDAQ:PTON) made its public debut, and Carnival (NYSE:CCL) reported earnings. 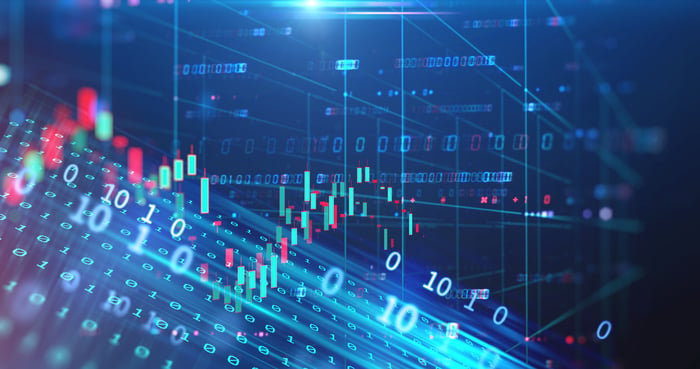 Exercise equipment maker Peloton Interactive received a cool reception to its initial public offering (IPO) today, and shares fell 11.2% from the offering price to close at $25.76, valuing the company at $7 billion.

Peloton is the latest "unicorn" to go public in a highly anticipated IPO, part of a string of companies entering the market with torrid top-line growth but massive losses. In the fiscal year ended June 30, 2019, the company's revenue grew 110% to $915 million while net loss ballooned 308% to $196 million, or $0.84 per share on a pro forma basis.

Peloton sells exercise equipment like stationary bikes and treadmills, but where it sets itself apart is with touch screens that deliver live and on-demand classes on a subscription basis. Last year, the number of subscribers grew 108% to 511,202 and subscription revenue soared 126% to $181.1 million. Hardware sales increased 106% to $719.2 million.

Peloton describes itself variously in its registration statement as a technology company, a media company, an interactive software company, a social connection company, an apparel company, and a logistics company. What Wall Street is perhaps hoping for is a better vision of how it could become a profitable company.

Carnival stirs worry about next year

Coming into Carnival's fiscal third-quarter report, investors were concerned that the company might lower its profit guidance for the third quarter in a row. The cruise line operator did just that, and despite beating expectations for Q3, shares sank 8.6%.

Carnival lowered its per-share earnings forecast for the full year to a range of $4.23 to $4.27, compared with earlier guidance of $4.25 to $4.35, citing increased fuel costs, disruptions due to hurricanes and tension in the Arabian Gulf, and a delay in the delivery of a new ship. But the company also got analysts worried about 2020, saying that booking volumes and prices for the first half of next year were running lower than the prior year while capacity is expected to grow 7%.