Financial services company FactSet (NYSE:FDS) recently wrapped up a strong fiscal 2019. During the year, revenue rose 6%, adjusted earnings per share jumped 17%, and adjusted operating margin expanded 190 basis points. For the most part, investors have been impressed. Shares have risen 8% over the past 12 months, easily outperforming the S&P 500's 2% increase over the same time frame.

As the company goes into fiscal 2020, it's worth reviewing what management is planning for the period. During the company's fiscal fourth-quarter earnings call, FactSet CFO Helen Shan discussed a broad range of the company's expectations for the year.

Here are some key insights. 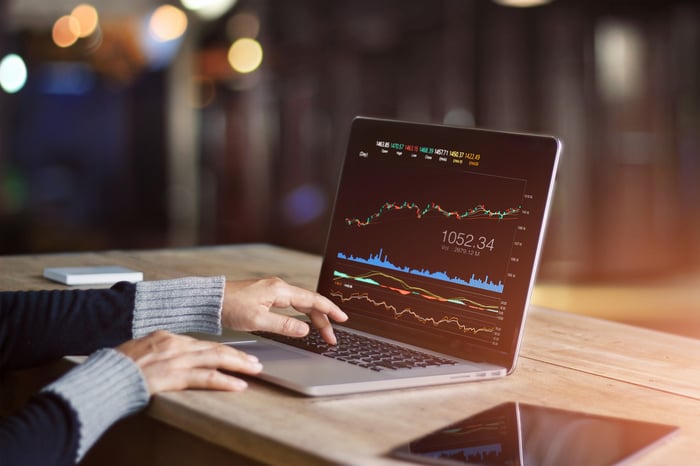 FactSet is investing in growth opportunities

Though FactSet shares have beat the market over the past 12 months, performance would have been greater had it not been for the company's weaker-than-expected fiscal 2020 guidance. Shares of FactSet took a hit earlier this week, on the trading day following the company's fiscal fourth-quarter earnings release; the stock declined more than 10%. Part of the reason for this decline was the company's soft outlook for its fiscal 2020 earnings per share.

FactSet plans to "accelerate critical investments over the next three years," explained FactSet CEO Phil Snow in the company's quarterly earnings release. During the company's earnings call, Shan confirmed these investments will weigh on profitability, but she also said they will help drive growth for the company in the coming years.

While this result[s] in margin dilution in the short term, we expect to capture margin growth as revenue is realized and productivity comes through. The investments in progress we have made in FY '19 have given us the proof points and confidence to execute our strategy. We continue to believe that long-term value must come from higher top-line growth along with productivity gains.

There's no reason to wonder what FactSet management means when they say the company is accelerating its investment, as Shan provided specific details on what this will look like:

Turning now to our investment plan, we intend to reinvest additional 100 basis points of our margins into content and technology in each of the next three years. This acceleration is incremental and will result in some short-term margin dilution. The spend will be almost equally spread across the next three years and split between content and technology.

FactSet has consistently prioritized returning excess capital to shareholders through dividends and share repurchases. The company has increased its dividend for 14 years in a row and has been repurchasing several hundred million dollars' worth of shares annually in recent years.

When asked what to expect from share repurchases this year, Shan responded, "Right now, we're looking to repurchase shares in line with how we've been doing in the past. So if you look at the last several years on average, it's around the $200 million to $300 million."