The branding opportunity could provide even more exposure for Boston Beer's leading beverage.

Hard seltzer is on its way to becoming the alcoholic beverage of choice for sports.

Soon those bleacher cries of, "Beer here!" will be a thing of the past. 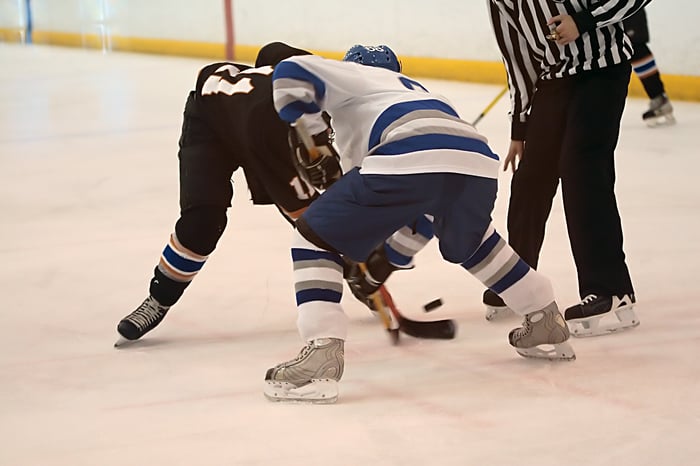 Hard not to appreciate seltzer's growth

The sports world is really just a mirror of what is occurring in the marketplace. While it seems incongruous to juxtapose light and bubbly seltzer with the hard-knock arenas of football and hockey, the flavored malt beverages have body-slammed beer in sales and are one of the fastest-growing drinks on the market.

Sales surpassed $1 billion this year, triple what they posted in 2018 -- which was triple the volume from the year before -- and they now account for 2.5% of the alcohol market, far above the 0.9% they represented a year ago. Analysts expect hard seltzer will become a $2.5 billion industry by 2021.

White Claw, the brand made by the privately held company that produces Mike's Hard Lemonade, is the industry leader with a 50% share of the market, followed by Truly at around 30%. But with a national shortage of White Claw and more brewers like Anheuser-Busch, Molson Coors, Pabst Brewing, and others all flooding the market with their own versions -- A-B is preparing to introduce its third brand under its Bud Light banner -- it's likely the early leaders will lose some of their market share.

Some high-profile sponsorships, though, should keep the brands top of mind with the drinking public.

Boston Beer signed a five-year deal with the NHL that will give its Truly hard seltzer a multimedia presence throughout the regular hockey season, plus the playoffs and the Stanley Cup final. It will also be present at various special events, such as the Truly Hard Seltzer NHL PreGame fan festival at the 2020 Bridgestone NHL Winter Classic at Cotton Bowl Stadium and the 2020 NHL Stadium Series at the U.S. Air Force Academy's Falcon Stadium.

CEO Dave Burwick said in a statement, "Many NHL fans are already Truly drinkers and that's why this partnership is a natural fit heading into fall."

Truly will have branding opportunities on a variety of NHL media platforms, including the league's website, its social media accounts, and its broadcast network. The NHL season starts on Oct. 2.

While the NHL is Boston Beer's first league sponsorship, it's not the brewer's first pro sports deal: In 2017, its flagship Samuel Adams beer was made the official beer of the Boston Red Sox baseball team.

The Red Sox went on to win the World Series in 2018 (they're in third place this year), but it did nothing to help sales of Samuel Adams, which has posted five consecutive years of falling depletions (sales to distributors and retailers, an industry proxy for consumer demand).

But that baseball sponsorship is trying to run against the tide of changing consumer tastes, which have moved away from mass-produced beer, whether from megabrewer Anheuser-Busch or craft giant Boston Beer. At 4 million barrels annually, Boston Beer is exponentially bigger than most of the 7,000 breweries operating today, even if it is still considered "craft."

The hard seltzer sponsorship, on the other hand, is going with the flow of drinker preferences. They're seeking lighter, low-carb, low-calorie drinks, and Truly is 5% alcohol by volume, but with just 100 calories, 2 grams of carbs, and only 1 gram of sugar.

Following momentum, rather than fighting it, is an easier task, and with Boston Beer finding hard seltzer to be more than just a refreshing summer drink, it may find it gets some good traction on the ice, too.