The hope for fuel cells becoming the next disruptive technology in transportation is dwindling by the day, and last week was a big blow to the industry's prospects. Amazon.com (NASDAQ:AMZN), which had placed a $600 million order for Plug Power (NASDAQ:PLUG) hydrogen fuel cells for its warehouse vehicles, abandoned that power source for delivery trucks, a market that fuel cells had hoped to dominate.

Amazon announced that it will buy 100,000 Rivian battery-electric delivery vans over the next five years, building one of the largest delivery fleets of any kind in the world. It's a blow that fuel cell companies will have a hard time recovering from, and may be devastating for their stock prices as well. 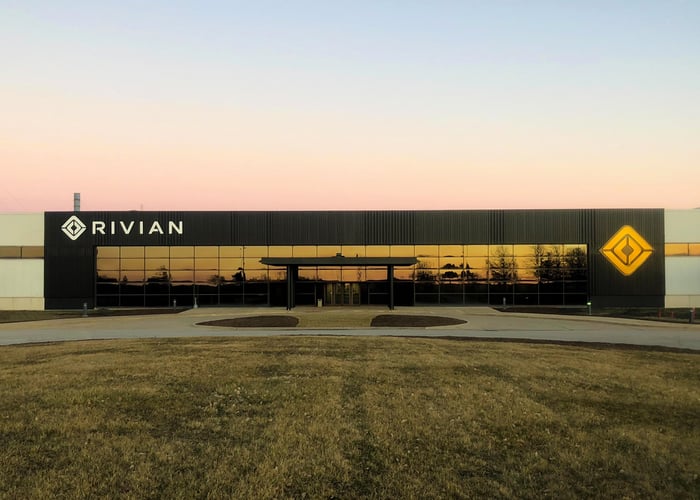 The fuel cell thesis is crumbling

Five years ago, the bullish case for fuel cells was that the technology was clean and offered more range and faster refueling than batteries. Ultimately, hydrogen would be a better fuel for everything from forklifts to passenger cars and semitrucks.

Over time, the advantage of hydrogen fuel cells slowly dwindled as electric vehicles (EVs) with 250-plus miles of range have been introduced and charge times have come down to minutes at new fast chargers. The passenger vehicle market, which is the biggest market by units, has all but abandoned fuel cells.

The next hope was medium-size delivery vehicles, like the ones FedEx and UPS drive all around the country. Again, refueling time and range were theoretical advantages that fuel cells had over battery-powered vehicles. But Amazon is indicating that those are no longer big enough advantages to absorb the cost and headache of buying fuel cell vehicles and building the needed infrastructure.

Delivery vehicles are unique in that they normally operate over a set number of hours during the day, and miles driven are fairly predictable. So if an EV meets a certain threshold of range, it's going to win the battle over a fuel cell vehicle. There's just one big transportation market left where fuel cells still have a big edge.

Where fuel cells have an advantage

Long-haul trucks may be the one big hope for fuel cells. Semitrucks can run nearly 24/7, so fuel time and range are huge concerns. That's why truck manufacturing start-up Nikola Motor has chosen hydrogen as its fuel of choice, with fuel cells powering the trucks.

But Tesla is betting it can make an electric semitruck that can beat the competition. EV manufacturers aren't giving up on the semi market yet.

Even if semitrucks do end up being powered by hydrogen, fuel cell companies like Plug Power and Ballard Power Systems (NASDAQ:BLDP) have a shot at being suppliers, but many large manufacturers are developing their own fuel cells. Nikola, for example, has its own fuel cell lab and won't be leaning on either company for key technology.

Fuel cell stocks have always been about the growth story that investors believed, which was centered around dozens of applications the technology could eventually be used for. Transportation is always one of the markets companies point to as their huge growth opportunity, but as customers and competitors choose EVs over hydrogen, it's hard to see how the fuel cell moves beyond niche markets. 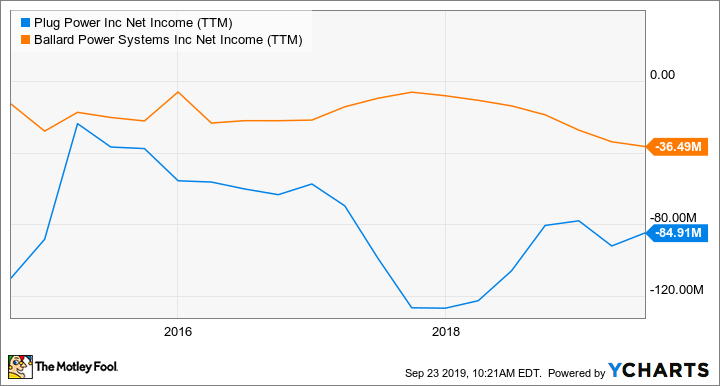 Meanwhile, Plug Power and Ballard Power Systems are both losing money. If their investment in technology for more markets doesn't pay off, their stocks won't do well, either. I would be very wary of jumping into a stock with a dwindling market and massive losses, so be leery of fuel cells today.