Anheuser-Busch InBev (NYSE:BUD) took a second bite at the IPO apple, successfully spinning out its Asian brewing business after an earlier try failed. This time, however, the price was set at about half the original attempt, and the offering was completed at the low end of the range of its expected value.

The megabrewer raised about $5 billion in the offering of Budweiser Brewing Company APAC by launching it at 27 Hong Kong dollars ($3.44) per share, at the bottom of the range of HK$27 to HK$30 that it expected. That figure was apparently acceptable to institutional investors, who balked when Anheuser-Busch previously listed the company at a range of HK$40 to HK$47. 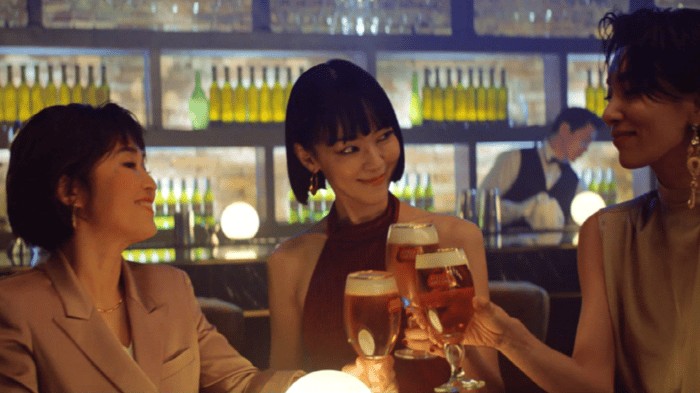 The IPO is the second largest of the year, behind Uber's debut, which raised $8.1 billion. That stock was offered at $45 a share, actually opened $3 lower at $42, and today trades at around $31, a loss of 31%. Anheuser-Busch was likely right in reading investors' mood and obtaining a more reasonable valuation.

China is where beer is still growing

The delay ultimately worked out better for the brewer. The market was hesitant about the $9.8 billion valuation Anheuser-Busch originally assigned to the unit because the deal included the slower-growing Australian brewing business. China, India, and other parts of Asia were where investors saw real growth, and they feared Australia would serve as a drag.

Anheuser-Busch has a 46.6% share of the market in China, over three times greater than the next biggest brewer, Tsingtao, which has a 14.4% share, and quadruple the share of CR Snow, the country's biggest brewer by volume (although it's considerably smaller by value).

After Anheuser-Busch withdrew the IPO -- in part because it botched the filings by not disclosing that key buyers might not agree to the company's valuation, meaning it couldn't accept offers more than 10% below the listing price -- it ended up selling the Australian business to Japan's Asahi Group for $11.3 billion.

That means Anheuser-Busch ultimately raised around $16 billion for the two businesses, or $6 billion more than it would have netted had the original IPO been successful.

The IPO was also successful because it indicated the Hong Kong market could still function despite the ongoing protests in the country. Alibaba, for example, pulled a $15 billion IPO last month, opting to wait till the unrest has quieted.

Even with the lower price point, the valuation Anheuser-Busch set for Budweiser Brewing was felt by some to still be too high. According to Bloomberg, the HK$27 price put it at 17 times the brewery's estimated 2020 EBITDA versus the 18.6 times CR Snow trades at. A more reasonable valuation would have been around 16 times estimated EBITDA.

Bloomberg also notes that the IPO was saved from failure a second time by Singapore's sovereign wealth fund GIC, a government-owned entity that invests in various financial assets. GIC committed $1 billion of the $5 billion the IPO ultimately raised. The fund became a cornerstone investor in the IPO, which means it will hold on to its shares for a minimum time frame, something Anheuser-Busch didn't offer investors the first time around.

Proceeds from the IPO will help the company reduce the $100 billion debt load it accumulated after it purchased SABMiller in 2016. Budweiser APAC will begin trading on the Hong Kong Stock Exchange on Sept. 30.