If you're looking for solid dividend stocks, big drugmakers are a good place to start. And among the big drug stocks, few offer dividends as attractive as those of Gilead Sciences (NASDAQ:GILD) and Pfizer (NYSE:PFE).

Of course, in buying stocks, there's more to the story than just dividends. With drugmakers, you need to look at the strength of their current product lineups and the potential for their pipelines as well. Which of these two drug stocks is the better pick for long-term investors? Here are the top arguments for both Gilead and Pfizer. 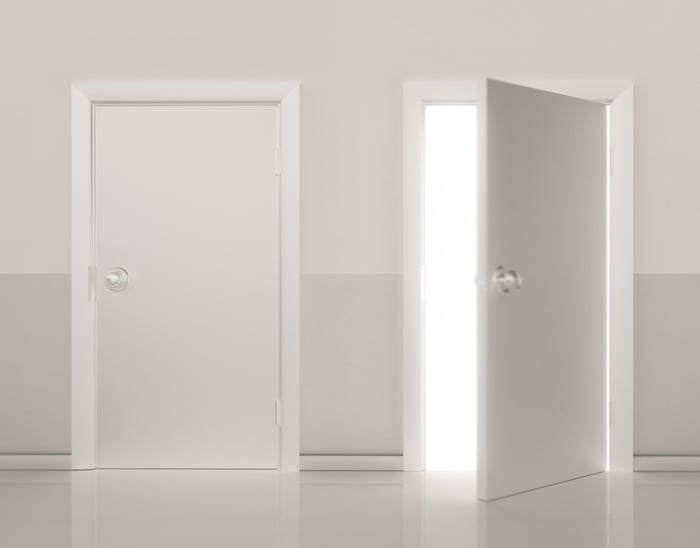 It's actually a very positive sign for Gilead that its biggest story over the last few years is no longer such a big story for the company. I'm referring, of course, to Gilead's hepatitis C virus (HCV) franchise. Declining HCV sales have been an albatross around the biotech's neck for several years. Now, though, Gilead's HCV business appears to have stabilized. With HCV on the back burner, it sets the stage for Gilead's other drugs to come to the forefront.

Gilead achieved its tremendous success largely on the strength of its innovative HIV drugs. Today, HIV is again the primary driver of the biotech's growth. Biktarvy has been a huge winner, with Gilead reporting $1.16 billion in sales for the HIV drug in the second quarter -- up 503% year over year and almost 41% quarter over quarter.

But Gilead isn't just a leader in HIV. Thanks to its acquisition of Kite Pharma in 2017, it's also setting the pace in cancer cell therapy. Sales for Yescarta continue to pick up momentum. New Gilead CEO Dan O'Day stated at the Morgan Stanley Global Healthcare Conference earlier this month that the company is "fully committed to cell therapy" and will remain a leader in the arena.

Both HIV and cell therapy have key roles in Gilead's pipeline. The biotech has great expectations in particular for Descovy as pre-exposure prophylaxis (PrEP) therapy for HIV and hopes to win several new indications for Yescarta. However, the biggest potential for Gilead's pipeline is in expanding into new therapeutic areas.

The company plans to soon file for regulatory approvals in the U.S. and Europe for filgotinib in treating rheumatoid arthritis. Gilead recently expanded its partnership with Galapagos to focus even more heavily on inflammation and immunology. It also thinks it has a good shot at success in nonalcoholic steatohepatitis (NASH) with its two drugs in phase 2 testing.

Don't be surprised if Gilead's pipeline grows. The company claims the biggest cash stockpile among biotechs and could use some of that cash to pick up additional drug candidates. Gilead also uses its cash to reward shareholders through dividends, with its dividend currently yielding nearly 3.8%.

While Gilead is moving past its HCV woes, Pfizer is just beginning to feel the brunt of the loss of exclusivity for Lyrica. However, Pfizer found a way to escape the pain: The drugmaker plans to merge its Upjohn unit, which is home to Lyrica and other off-patent drugs, with Mylan (NASDAQ:MYL).

Market researcher EvaluatePharma ranked Pfizer's TTR amyloidosis drug Vyndaqel as one of the top new drugs approved in 2019. Vyndaqel is expected to generate sales of $2.1 billion by 2024.

Pfizer's pipeline is impressive, if for nothing else, due to its scope. The company has 101 programs in development, nine of which are awaiting regulatory approvals and 23 that are in late-stage clinical studies.

There are way too many drugs in Pfizer's pipeline to mention all of them. A few especially stand out, though. I like the potential for Ibrance as adjuvant therapy in early stage breast cancer. Immunotherapy Bavencio holds promise in treating multiple types of cancer. A triple-drug combo featuring Braftovi and Mektovi, two drugs Pfizer picked up with its recent acquisition of Array BioPharma, could become the standard of care in treating BRAF-mutant colorectal cancer.

It's hard not to like Pfizer's dividend yield of just north of 4%. Sure, the company's dividend will fall with the merger of Upjohn with Mylan. But the new entity resulting from this merger will pay a dividend, too. Pfizer shareholders will be awarded stock in the new company, with the result being that the combined dividend should be just as attractive as Pfizer's current dividend.

I like and own both of these stocks. If I had to pick just one of them right now, though, it would probably be Pfizer.

My view is that Pfizer is making smart moves with its Mylan deal and its formation of a consumer health joint venture with GlaxoSmithKline. These deals lower the risk associated with investing in Pfizer, in my opinion. Pfizer's massive pipeline also enables it to absorb the occasional clinical setback without suffering too much.

Pfizer won't deliver sizzling growth like some smaller biotech stocks will. But with its great dividend, solid lineup, and promising pipeline, I think that the drugmaker will provide attractive total returns for long-term investors.