For the stock market, last week was not one for the ages. Thanks largely, although not exclusively, to the explosive political events in Washington, D.C., investors were nervous with the market seeing quite a bit of volatility.

The major indexes were all in the red for the week, putting a momentary breather on otherwise stellar gains in 2019. But these two stocks in particular experienced significant declines -- let's see what drove their near-term weakness and what it could mean for investors. 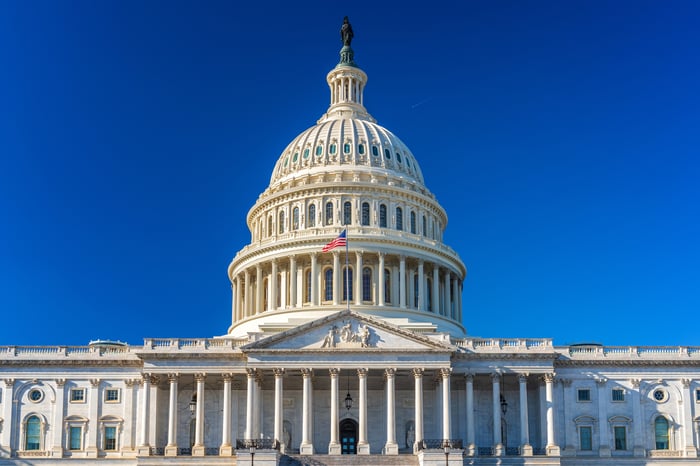 The share price of Slack Technologies (NYSE:WORK) fell 13% last week, extending an ongoing trend as the corporate messaging software specialist has generally been on a tumble ever since its direct public offering in June.

It's not Slack's bottom-line losses that has the market concerned -- that's fairly typical and expected for a relatively youthful tech stock. Rather, many investors worry that Microsoft (NASDAQ:MSFT) is in the process of eating the company's lunch. Microsoft had originally considered buying Slack for $8 billion earlier this decade but decided against it. Instead, it went the "if you can't join 'em, beat 'em" route and developed its own enterprise messaging ecosystem, called Microsoft Teams.

Since Microsoft is so big, and since it provides the software already undergirding a lot of corporate networks, it has rapidly acquired market share with Teams. In fact, not long ago, Teams pulled ahead of Slack in the crucial daily-active-users metric. Microsoft doesn't necessarily compete on quality -- really, does the Edge browser have any serious advantage over Firefox or Chrome? What it does have going for it is ubiquity and ease of integration, plus its considerable sales and marketing power.

Slack is coming up in the world. Its hot revenue growth is still encouraging, as is the 75% year-over-year growth in its most recently reported quarter in the juicy segment of customers with over $100,000 in annual revenue. But to recapture investor hearts, it'll have to prove it can go toe-to-toe with Microsoft -- a tough fight at the best of times. It's probably best to wait for indications that it can maintain its momentum in the face of such formidable competition before investors buy into the company.

MGM Resorts International (NYSE:MGM) is being squeezed in several different ways, so it's no wonder the stock shed almost 6% of its value last week. First, the casino resort operator is a big player in the crucial Chinese gambling enclave of Macao. In spite of a few major hiccups over the years, the enclave enjoyed blistering growth in terms of both visitor numbers and overall spending. But the dragged-out U.S.-China trade war and slowing Chinese economic growth, to name but two factors, have taken their toll. For August, Macao posted its second-straight year-over-year decline in monthly gambling revenue. Five of the eight reported months of this year have seen declines.

On top of that, MGM is desperately trying to fend off a pair of Native American tribes from opening a new resort in the company's relatively new market in New England. MGM has gone so far as to sue the federal government to block the new project.

Finally, that market has quickly gotten crowded and the company's property there -- MGM Springfield, in the namesake western Massachusetts city -- is underperforming. What doesn't help is the recently opened Encore Boston Harbor from arch-rival Wynn Resorts, located close to the much more populous and prosperous capital city.

That's not to say that life is tough all over for MGM. It pounced when sports gambling was effectively legalized in 2018. With imagination and flair, the company managed to establish partnerships in the segment with entities such as the NBA and NHL, plus a tie-up with restaurant Buffalo Wild Wings. It's relatively early days, but MGM's off to a good start in this space.

Still, the company in many ways remains a classic casino operator dependent on its resorts and customer traffic. It won't be easy for the company to escape the various headwinds it's facing, and investors should be cautious as they evaluate this business.