Fitbit (NYSE:FIT) was once the top wearables maker in the world, but it was eventually surpassed by Apple (NASDAQ:AAPL), Xiaomi, and Huawei. Fitbit tried to keep up with new devices, but its growth continued to decelerate, its gross margin crumbled, and its stock plunged nearly 80% over the past three years.

However, a recent survey from The Manifest found that more people are familiar with Fitbit's wearables than Apple's. The Manifest claims two factors kept Fitbit relevant: its first-mover advantage and its affordable devices. 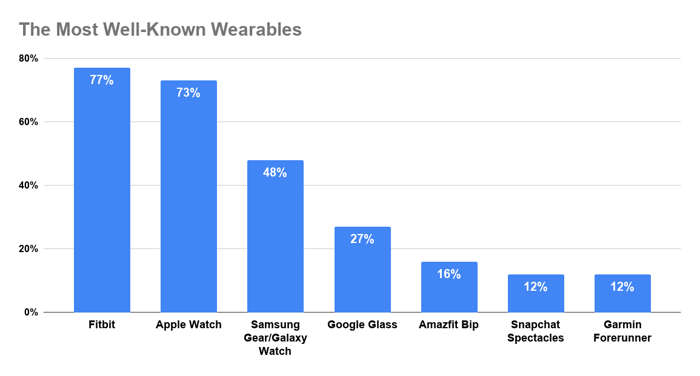 This indicates that Fitbit could still have the brand equity to stage a meaningful turnaround. But it could be tough -- Fitbit only controls about 10% of the wearables market today, according to IDC, and it expects revenue to decline 4% this year as its gross margins contract.

Meanwhile, Apple reported that its wearable sales rose more than 50% year over year last quarter. The initial response to the tech giant's new Apple Watch Series 5 has also been warm, thanks to its always-on display. Fitbit recently launched several new devices -- including the $200 Versa 2 -- but time will tell whether it can leverage its brand recognition to gain ground against its rivals.