Chesapeake Energy (OTC:CHKA.Q) surged 15.73% on Monday, September 16th as a result of strikes that knocked out half of Saudi Arabian oil production. The stock proceeded to fall around 33% from that high over the next two weeks after news that oil production would return to previous levels by the end of September. The oil and gas exploration and production company now trades more than 65% below where it was just one year ago. Can Chesapeake get back on its feet after the Saudi setback, or is the company's balance sheet too weak for investment consideration? 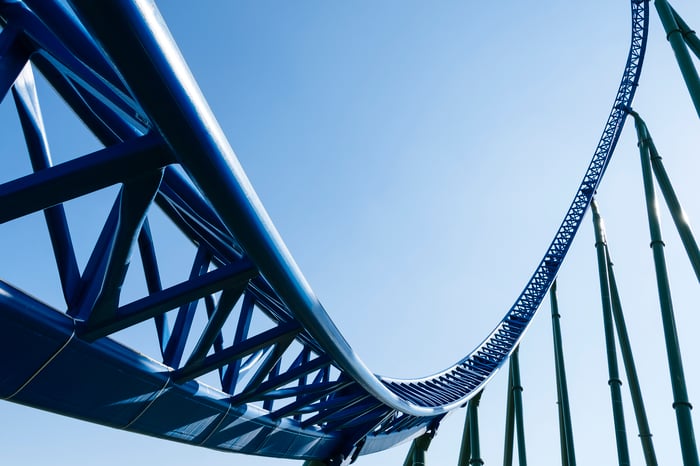 From gas to oil

"As noted in our earnings release, in 2020, we expect to allocate more capital to oil growth areas with less capital going toward our gas assets," said President and CEO Robert Lawler in the company's Q2 2019 earnings call. So far, Cheseapeake's increased investment in oil has only left the company weaker and more susceptible to headlines and commodity prices. A 15% gain evaporating in a few days doesn't bode well for investor confidence.

The reality of $40 to $80 oil makes Chesapeake's $9.75 billion of debt nothing short of terrifying. Chesapeake now has a whopping 3.8 debt-to-equity ratio, meaning the company's short- and long-term debt plus fixed payments are 3.8 times its shareholders' equity. Chesapeake has operating cash flow of $1.9 billion but a levered free cash flow of negative $648 million.

Production costs are down

Chesapeake's press release from its second-quarter 2019 earnings announcement did contain some positives. The company announced record oil production of 122,000 barrels (bbls) per day, representing a 36% increase year over year. Chesapeake also was able to reduce its cost of production per barrel by $0.40, a key development to increase margins among mediocre oil prices. "We believe this trajectory of our oil volume growth and related higher-margin cash flow from these volumes will move higher as we enter 2020," said Robert Lawler.

Part of this trajectory is due to Chesapeake's completion and subsequent production from drilled wells. The company expects to increase oil production in the second half of 2019 as 170 oil wells are placed to sales, a 50% increase compared to the first half of 2019.

Chesapeake's debt problems seem stable -- for now. Chesapeake kicked out $884 million of its 2020 and 2021 senior notes to new senior notes maturing in 2026. Maturities prior to 2022 are now just $600 million. There's also $1.6 billion of liquidity currently available under the Chesapeake parent credit facility.

Its boom has busted

Chesapeake's volatile and depressed stock price might seem attractive to investors who think the company can continue to decrease the average cost per barrel while increasing production. But the business's extremely weak fundamentals, most notably its 3.8 debt-to-equity ratio and negative levered free cash flow, are just too dangerous to make Chesapeake worth considering as a long-term investment. Until management can prove that Chesapeake can operate with a positive levered free cash flow, pay down debt, and continue to increase production, Chesapeake isn't worth investing in.

Chesapeake is a stock still set in the boom-and-bust days of the past, and "bust" is where Chesapeake finds itself during a time when the United States is an energy exporter thanks to the shale revolution. The increase in natural gas and liquefied natural gas players around the world adds even more competition to this company's gas business. Chesapeake's susceptibility to short-term volatility was painfully shown after oil retracted from its Sept. 16 high. In today's oil and gas market, there's just no place for highly leveraged oil and gas companies like Chesapeake among investors looking for healthy, long-term holdings.