The Medicines Company (MDCO) announced last week that recent trial data showed positive results for its flagship cholesterol drug, inclisiran. Shares of the company, which has a $3.82 billion market cap, shot up 9.3% in response to the news, and although the stock has given back most of those gains since then, it's still a very encouraging piece of news for the biotech company.

Since the company sold its infectious disease assets back in 2017, The Medicines Company has placed essentially all of its eggs in one basket. This seems to have been a good move, as the drug candidate seems to have an increasingly optimistic pathway to eventual approval by the FDA. 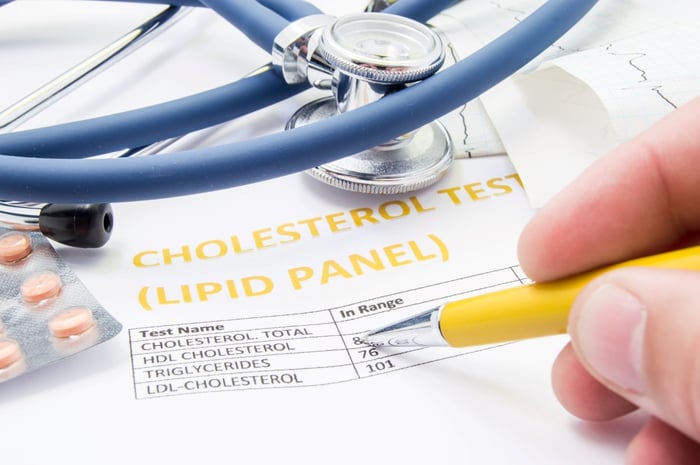 In an announcement last week, the company confirmed that its phase 3 clinical study, ORION-10, had met all of its primary and secondary endpoints of lowering LDL levels in patients during the trial's duration. At the same time, there were no health consequences in terms of kidney or liver abnormalities, something that falls in line with the company's previous studies and reconfirmed the lack of significant side effects of taking inclisiran.

What this means for The Medicines Company

Overall, this is excellent news for The Medicines Company, with some analysts already regarding inclisiran as an easy win.

The results seen in ORION-10 again demonstrate inclisiran's outstanding efficacy, tolerability and safety. This is further validation of the potential of this first and only investigational cholesterol-lowering therapy in the siRNA class to transform the treatment of cardiovascular disease for millions of people with ASCVD [atherosclerotic cardiovascular disease].

Although there is a fair amount of competition in the cholesterol-lowering space, including Repatha from Amgen (AMGN 1.08%), the overall market is large enough that there's plenty of room for competitors. One-third of patients with high cholesterol and plaque-induced arterial blockage don't see significant improvement on a class of drugs called statins and other mainstream cholesterol drugs. That means that out of the 35 million or so patients prescribed statins in the U.S., 11.7 million will require alternative drugs or treatments to get their LDL cholesterol under control.

Cholesterol-lowering drugs such as statins are predicted to be a $22.6 billion market by 2022. Even if only one-third or one-fifth of all patients switch from statins to alternative drugs such as inclisiran, the potential market size of these treatments would easily be between $5 billion and $10 billion.

Back in December 2018, the company announced it appointed Timney as its new CEO. His previous experience includes working at Merck (MRK -0.46%), where he was involved in cardiovascular product launches for the pharmaceutical giant. This experience fits perfectly with The Medicines Company as the firm transitions from research and development to preparing for an eventual launch. At the moment, regulatory submissions for the cholesterol drug are expected to take place sometime in Q4 2019.

From a financial perspective, The Medicines Company is also in a good position. As of June 30, 2019, the company has $319.3 million in cash or cash equivalents, which is enough to last around nine more months, according to management's estimates. While these reserves won't last forever, it is easy to see the company pursuing additional fundraising activities if it needs to shore up its position.

Overall, prospects seem quite good for the company as well as for its stock. While investors can't ignore the fact that the FDA still needs to approve the drug, and anything can happen in the meanwhile, The Medicines Company seems to have a bright future ahead of it.