A post-earnings sell-off is accelerating.

Shares of Chinese electric-vehicle maker NIO Inc. (NIO 0.90%) were down sharply on Tuesday, as investors continued to digest the implications of a bearish research note released on Monday morning.

As of 1:10 p.m. EDT on Tuesday, NIO's American Depositary Shares were down over 20% from Monday's closing price.

NIO's share price has trended sharply downward since the company released its long-delayed second-quarter earnings last week. The shares have lost about 54% of their value since the beginning of last week, and are down 80% since the company's initial public offering last fall. 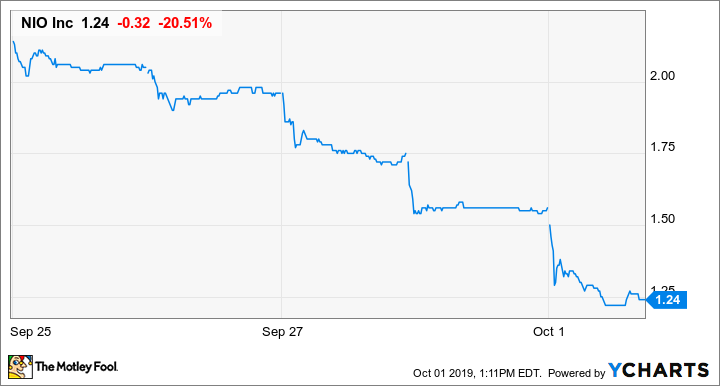 The sell-off seems to have accelerated since Monday morning, when analysts at Sanford C. Bernstein, led by Asia autos expert Robin Zhu, cut their price target for NIO to just $0.90 on well-founded concerns that the company could run out of cash within weeks.

In its earnings report, NIO disclosed that it had burnt through about $620 million in cash in the second quarter, leaving just $503.4 million in cash remaining as of June 30. While the company said that it expected to raise $100 million each from CEO William Bin Li and key backer Tencent Holdings (TCEHY -0.33%) by the end of September, Zhu and his team think NIO will need to raise much more in order to survive. 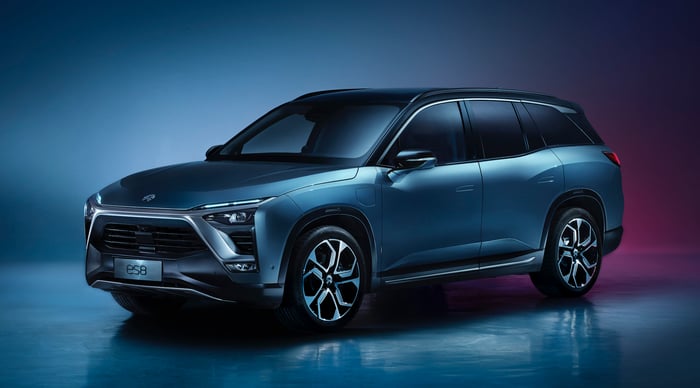 Sales of the NIO ES8 have dropped sharply since the end of last year. The company is rushing to update the model to keep pace in China's fast-moving market. Image source: NIO, Inc

During NIO's earnings call on Wednesday, CFO Louis Hsieh said that the company was making progress toward securing additional funding, but he couldn't yet share details. Given that this sell-off seems to be accelerating, I think auto investors would be wise to steer clear until -- and unless -- a new funding deal is revealed.