Stocks fell on Wednesday after a weak jobs report fueled growing worries about the economy. The Dow Jones Industrial Average (DJINDICES:^DJI) and the S&P 500 (SNPINDEX:^GSPC) both lost nearly 2%. Energy stocks were particularly weak, but all sectors closed in the red. 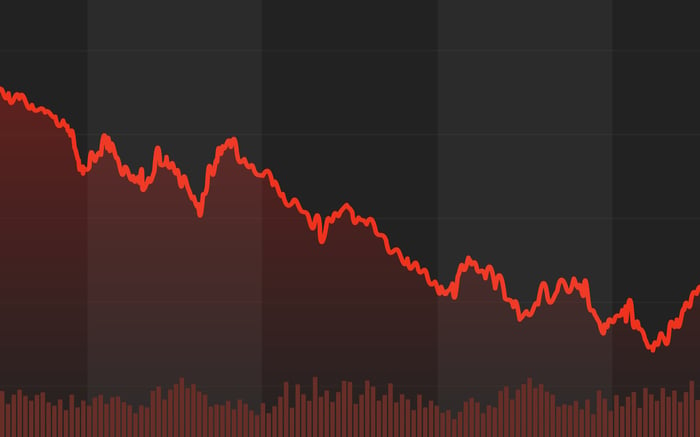 Styling service Stitch Fix reported fiscal fourth-quarter results that beat expectations, but shares fell 10.8%. Revenue grew 32% to $432 million, toward the higher end of guidance. Earnings per share came in at $0.07, down from $0.18 in Q4 last year but above the $0.04 analyst consensus.

Stitch Fix issued strong guidance for the fiscal 2020, but said to expect revenue next quarter of between $438 million and $442 million, somewhat less than the $451 million analysts were anticipating, saying on the conference call that lower-priced summer items were strong in the first weeks of the current quarter. The company also spent less on marketing in Q4, so client growth was lower entering the quarter.

Investors in the growth stock shouldn't be too discouraged about the drop in shares on a generally bad day for the market. The stock had run up in anticipation of results, and merely returned to levels seen last week.

Some early holiday cheer from Salesforce

On a day like today, it's nice to get a little good news about the future, and Salesforce had some in its annual forecast of online sales for the holiday season. Despite six fewer days between Thanksgiving and Christmas compared with last year, the cloud software giant predicts 13% growth in U.S. digital commerce revenue.

Salesforce expects domestic digital revenue to be a record $136 billion during the holidays and global digital revenue to grow 15% to $768 billion. The company expects the shorter season to pressure retailers to drive demand earlier, with sales on the Tuesday and Wednesday before Thanksgiving growing 19% year over year.

Salesforce also said that last-minute shoppers will make heavy use of the buy-online-pickup-in-store option that retailers such as Best Buy, Home Depot, and Target have developed. Retailers that offer it will attract 48% more active digital shoppers to their web sites in the last five days before Christmas than those that don't.