Stocks rose through the shortened trading week last week as both the S&P 500 (SNPINDEX:^GSPC) and the Dow Jones Industrial Average (DJINDICES:^DJI) gained more than a full percentage point. That boost left the indexes higher by more than 20% this year heading into the final month of 2019.

Earnings reports should produce more volatility over the next few days as some major retailers and tech companies announce their latest results and issue guidance for the final quarter of the year. Below, we'll look at the metrics that could send shares of Five Below (NASDAQ:FIVE), Kroger (NYSE:KR), and Salesforce (NYSE:CRM) moving this week. 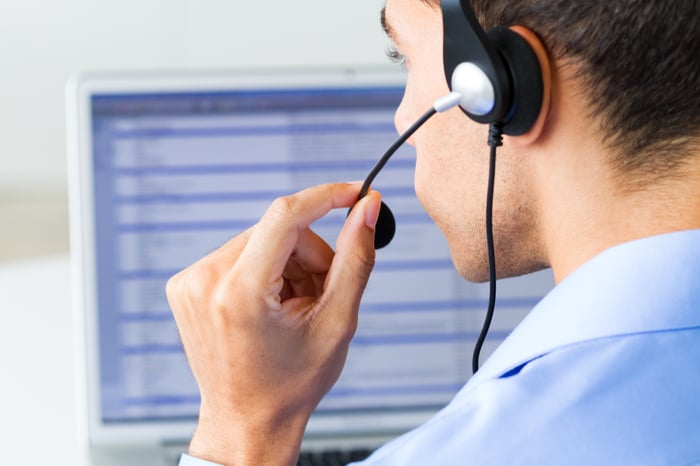 Salesforce shares are underperforming the market with just a few weeks left in the year, but that trend could start to change following its earnings report on Tuesday. The tech stock is a favorite for investors seeking to profit from the software-as-a-service megatrend, which has helped lift sales and profits while producing a more stable revenue flow. Salesforce's second-quarter report included a 23% sales spike, for example, on broad-based gains across its global selling footprint.

The company's guidance predicts an acceleration during the second half of the year, and we'll find out in this week's report whether that speedup has started. Investors will also be keen to see whether Salesforce's operating margin rebounded following last quarter's rare slump. The stock's premium valuation gets much of its support from the combination of its market-thumping sales growth and rising profitability. If either of those trends are seriously threatened, shareholder returns could suffer.

Coming as it does just after the official start of the holiday shopping season, Five Below's earnings report will be closely followed by investors on Tuesday. The youth-focused retailer has had a successful 2019 so far, with sales rising 20% in the most recent quarter. Most of that growth came courtesy of an aggressively expanding store base, but Five Below also boosted sales at its existing locations in each of the first two quarters of the year.

The second-quarter comps increase was a bit weaker than expected, so attention this week will focus on whether key metrics like customer traffic remained in positive territory. Five Below will also update shareholders on its recent expansion into more expensive products that have the potential to widen its sales base. Crossing the $5 barrier is risky, though, which is why investors will be watching for signs of customer acceptance of its new strategy in this report.

Kroger's stock returns have dramatically trailed those of peers like Walmart and Target over the past year, and its operating results provide plenty of support for that underperformance. Sales rose by just 2% in the second quarter on sluggish customer traffic trends. Walmart and Target, meanwhile, have been posting some of their strongest growth in a decade.

The two companies' latest reports continued that trend, with Walmart crediting its grocery department for helping push sales gains back above 3%. We'll find out this week whether most of that growth came at Kroger's expense, as it has for most of 2019. Investors will be watching Kroger's sales growth rates on Tuesday, particularly its customer traffic trends. The supermarket chain should comment on its broader outlook, too, which currently predicts another acceleration of sales growth in fiscal 2020 that nevertheless still might translate into stubborn market share losses.